In the old days, teams like Minardi, Forti and Lola roamed around, usually quite slowly, at the back of the grid and nobody would care. They could get away with just about anything, from dodgy tax management to hiring Gastón Mazzacane. These days, Caterham and Marussia are constantly under scrutiny and under massive expectations to produce the goods in their fourth season, but they don't have to put up with average pay drivers anymore. Oh.

What is the big difference between F1 success and an also ran? The squishy organic thing controlling the car. Although most of us think we can emulate our heroes at the local kart track, we clearly cannot. Class of the Field sorts the men from the boys, looking at who made the most of the machinery to hand to secure that vital win or elusive point.

There’s an age old debate in Formula One, focusing on whether a season is good because it is made up of individually exciting races, or whether the overall championship story is a classic. In 2011, we had to settle for the fascinating weekends, as the title fight was over before it ever had a chance to get going. There was, however, one section of the Constructor’s Championship battle that remained entertaining to the last. The midfield teams were fighting for points and for position in the standings table right up until the final few laps. Quite often, it is the midfield that provide the entertainment of any race weekend, and they are also the teams that are often overlooked. The Midfield Monitor intends to reverse that trend, paying attention to the middle four teams only.

F1 does take itself awfully seriously, doesn't it? I suppose you'd have to if you spend hundreds of millions of dollars sending teams of engineers and drivers around the world to risk injury and bankruptcy for the chance of sustained, international glory. But, then again, having a few very serious people spend the economy of a small country accelerating a few corporate logos to a few hundred miles an hour while bickering over whose logos did what is intrinsically hilarious. Postcards from F1 peeks behind the carefully hung curtain to catch our heroes and villains eating a share-sized packet of Doritos in their underwear whilst watching 1997 repeats of Friends.

Everything in Formula One has advanced incredibly since the World Championship started. From the fitness of the drivers, to the performance of the cars, to the technological capability of the teams. Yet it is another advancement that means that F1 is suitable to be broadcast into our homes on a Sunday afternoon. Safety Matters takes a look at historical and topical safety developments that shape the sport and help safeguard those involved.

One of the most important parts of a Formula One season isn’t the drivers, or the cars, or even the racing that occurs each fortnight. It is, in fact, the interviews, the quotes, the words that fall out of the paddock and allow us into that world. It’s in the passion and the ploys, the paragraphs and the pumped up joy, it’s the reactions and relish with which everyone takes part. Formula One is often accused of living in its own little bubble and here, I want to celebrate that. This is Speech Bubble, the place to dissect what is said in and out of the paddock, what the meaning is behind the F1 words, and what we should and shouldn’t read into it all.

The F1 media would have little to discuss if not for speculation on what drivers and team staff are going where. The 2011 off-season proved to be an interesting one with some experienced drivers being axed and some young drivers appearing from nowhere. Talk on Corners is a regular column that distills the facts and speculation of the Formula 1 Musical Chairs game into one neat and tidy package. The idea is not to provide more speculation (although some may be inevitable) but to lay out all of the thoughts of reputable F1 journalists and team members such that readers can make their own judgment.

With so much of the focus in Formula 1 being directed at the drivers' performances, we should not forget that the cars they drive also play a key role in success or failure. So much time and effort goes into building and perfecting these finely tuned racing machines and it's here that we take a look at some of those fine points. Tech Spec offers an in-depth look at form, function and the reasons thereof, as we speculate on the detail and perhaps maths or physics behind aspects of the sport. Warning, may contain detail. 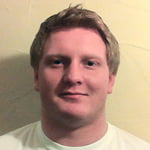 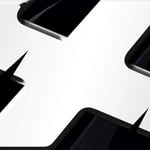 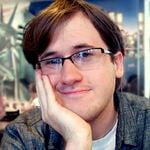 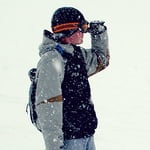 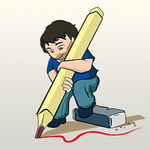 Which manufacturer was confirmed, on this day in 1999, as returning to the F1 grid the following season?