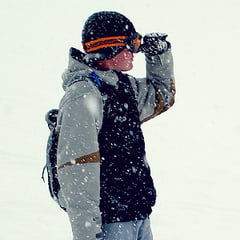 It may come as a surprise to some that one of the most important pieces of the car is the suspension. But saying that something is important doesn’t necessarily mean much in F1 – if it wasn’t important, it’d be markedly different or not on the car at all, as is the way. The suspension’s role is to connect the chassis to the wheels; allowing them to rotate, steer, deliver power to the track, and absorb the forces sent up from the road, as well as to hold the brakes etc. So, plenty of functionality is required while also controlling the ride of the car (around corners, along straights and over bumps) – it is surprising how much these little pieces of carbon fibre get up to. We aim to look at the rear suspension as well as the differences between the two types of front suspension that the cars can be seen running in 2013.

All suspensions, regardless of position on the car, or geometry that is used, work in the same basic similar manner. The external components are:

The internals are complicated, so much so that they are a topic for another time. They essentially are the components that together control suspension stiffness, heave, reaction rate and damping; set ride height and range of suspension travel; as well as limiting and damping roll.

When you boil it down, despite the geometry being different, pullrod and pushrod work in similar ways. Here’s a comparative representation of the pullrod (red) vs. pushrod (blue) suspensions.

The effect of positive suspension travel is illustrated with the solid green arrows, whereas the effect of negative travel is represented by broken-dotted arrows.

The differences in internal geometry between the two systems means that various forces will be distributed in slightly different directions within the chassis, but as each car is symmetrical, this would only prove to be a minor difference between designs and shouldn’t mean the cars handled differently just because of this – despite the damper springs primarily operating in opposite directions.

The major difference is the external geometry and the manner that it cleans up airflow over the rest of the car. After the air has been redirected and churned up by the front wing it is partly the job of the suspension cross-members to try to smooth out some of the air streams as it passes, in order to ensure that the aero-elements towards the rear of the car (under-floor, sidepods, diffuser, rear wing etc) work as they have been designed to. Each part of the suspension must have a symmetrical cross section in order to prevent designers from turning them into another piece of useful aero-kit, however the angles and orientations that these rods and bars are positioned in can be used in a way to help the airflow.

In both configurations the diagonal trackrod (as well as the wishbones) will clean up airflow, as the passage of air over the surfaces of the cross-members iron out some of the turbulence created by the front wing. There appears to be an advantage to the pullrod system as the nearer-horizontal trackrod will be located more in the path of the air that is to be ‘cleaned’ and while doing so would generate more downforce than that of the pushrod system. The magnitude of this force won’t be much in comparison to what is generated by the front and rear wings, but every little helps. However, any advantage is not arbitrary, the main disadvantage to pullrod suspension on the front of a car appears to be that they are tougher to engineer.

Even though it may seem that both suspensions are a much of a muchness, perhaps there is another slight advantage to the pullrod setup – it does slightly lower the centre of gravity of the system within the chassis, as well as in the positioning of the trackrods. However the most important aspect to take into account when choosing between configurations is to make sure that you get whichever you pick to ‘work’ on your car. McLaren have taken the step to change from pushrods to pullrods for 2013, and perhaps a lot of their struggles so far this season can be put down to this change (perhaps some trouble comes from the very simplistic front wing, in comparison to other cars, but we’re getting off topic). It seems they have taken this step so that they will be in possession of a lot more data and be better placed to design next year’s car, with the (slightly) different aerodynamic regulations that 2014 brings.

Active-ride suspension is a system which pumps fluid to specific corners of the car under certain conditions in order to improve the smoothness of the ride, the stability of the car under braking and cornering. This will have the outcome of allowing cars to brake later and potentially run faster round corners, which I’m sure you’ll agree is an advantage if others do not have such a system on their cars. When a car starts to brake, hydraulic fluid is pumped to the front-suspension in order to stiffen it and prevent the nose of the car from diving, the angle of attack of the front wing being changed and the level of downforce being altered. Similarly when a car is cornering the suspensions on the outside of the corner are stiffened to limit the roll of the car.

While any form of active suspension is currently illegal in F1, there are other passive systems that can offer similar results

While any form of active suspension is currently illegal in F1, there are other passive systems that can offer similar results. The Mercedes team have been revealed to be running the FRIC (Front and Rear InterConnected) suspension system. Its purpose is much the same as active suspensions, to control and limit the undesirable motions (pitching, rolling and possibly yawing) of a car during braking and cornering. However the difference with the FRIC suspension is that it is passive and not operated by the driver so therefore permissible under the rules.

Under braking, the nose tries to dive and if this prevented the car will perform better. From what I have read this appears to be done by passing pressurised fluid from the front suspension (as the nose is trying to dive) to the rear suspension, in a manner such that it forces the rear of the car down. So instead of the car pitching forward, it instead will squat slightly. The system will also work to counter the nose of a car pitching up under acceleration.

Similarly, when cars are cornering the outside suspensions are under pressure as the car wants to roll away from direction that it is turning. This pressure is used to pass fluid to the inside suspensions in order to force the inside of the car down, therefore preventing the roll.

The actual way in which this system functions is shrouded in secrecy, as it could potentially be one of the reasons the Mercs are quick (in qualifying at least), however this is the most likely configuration that I’ve come across or come up with. Even if at some point in the future the mechanics of the system is revealed to be different, it is a good way to think about it, especially to help understand the concept. Out of interest, Lotus have a system which they call PPS, but what that stands for exactly remains a mystery.

Bringing up the rear

The way in which the rear suspension flexes is much like that of front suspension. Due to the low positioning of the gearbox, compared to the height at which it is ideal to mount a pushrod, it is most likely that cars have been designed to run a pullrod rear suspension, so the interest here comes in the placement of the components.

On the grid there are two major design-trends for the layout of rear wishbones and pullrods. The left hand figure depicts the standard configuration, with the upper and lower wishbone outboard mounting points placed respectively above and below the axle, with the trackrod offset; whereas the right hand figure illustrates how on some cars (including the McLaren) the lower wishbone is elevated.

The major disadvantage to the standard configuration is that the driveshaft is open to the air and the spinning action can create negative aerodynamic effects. To eliminate some of these it can be surrounded by a casing, but that moves weight up higher than it would be placed if it were part of the ballast, which is disadvantageous.

In the elevated wishbone configuration the driveshaft (solid black circle) is hidden along the centre of the lower wishbone, and to compensate the upper wishbone is elevated. The increased size of the lower wishbone will also generate an amount of extra downforce, and as it is also higher will interfere less with the airflow over the floor and around the diffuser.

This is again an example of a development that might only be able to improve a car’s performance by a few mph through the corners which will only equate to a few tenths per lap, but it can be those tenths that can be the difference between pole position and a few rows back, making the top ten shootout in the first place, or being able to get the jump on an out/in-lap during a round of pit stops… you get the picture.

Despite being just a few pieces of carbon fibre that connect the car to the wheels, the suspension pieces are vital, and go a long way to affecting the performance of the car, regardless of the configuration that is employed. They have so many jobs to perform, and do have the potential to perform a lot more. Regardless of whether cars are built using more standard designs or whether designers are pushing the envelope, it is crucial that they get it right. They need the power to be laid down efficiently, the car can be given a balanced setup (i.e. neither over or under–steering) and the ride to be smooth, all so that the best performance can be derived and hopefully maximum points scored at the end of the weekend. So aside from the engine power, the aero package and the driver, perhaps it is now less surprising that the suspension might be the next most important element on an F1 racer.

Next article Young by name, not by nature

Which popular engine manufacturer, who left the sport and returned in 2010, appointed a new CEO on this day in '01?