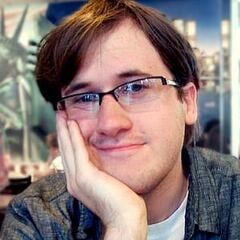 Now that we’re only about a month away from the beginning of the 2014 Formula 1 season, things are starting to settle down and it’s about time we review what driver and staffing changes have occurred and what that means for the teams. Let’s see where we stand...

Out with the old

Everybody knows that Mark Webber was not exactly a happy camper by the end of his tenure with the Red Bull team. And the team wasn’t particularly happy with him either. His performance was not exemplary and his attitude was even worse. Thankfully, both sides were able to grin and bear it until the end of the season and Webber was able to retire with a bit of dignity.

The honchos over at Red Bull (Read: Dietrich Mateschitz) decided to promote fellow Australian lap dog Daniel Ricciardo from the sister Toro Rosso team to replace Webber. Jean-Éric Vergne was a dynamo qualifier last season but Ricciardo seemed to impress more in race trim and that coupled with a few weak races from JEV toward the end of the season was apparently enough to give Ricciardo the promotion.

Bringing in Daniil Kvyat to Toro Rosso was a bit of a surprise. António Félix da Costa and Carlos Sainz were seemingly in the front-running for the seat ever since Webber announced his retirement, but greater consistency and better results assured the young Russian the F1 seat.

Overall, the two Red Bull teams have done a good job to minimize turnover between the teams in the off-season. Keeping it all within the family by promoting Kvyat from the Red Bull Young Driver Program will help and using Renault engines in both teams will double the amount of R&D which can be done with the new engine format.

Out with the young

I’m sad to admit it, but Sergio Pérez didn’t do well last year. McLaren in general didn’t do all that well, but Checo was particularly underwhelming which earned him the boot and allowed Kevin Magnussen to take his ride. Additionally, the loss of Martin Whitmarsh may prove to be a bit too much turbulence for the McLaren team. I think Éric Boullier is one of the best team bosses in the sport, but it may take some time for the Frenchman to get used to the persnickety Brit team.

Pérez moving to Force India along with the trade of Sutil for Hülkenberg makes for a completely new Force India team. With all the regulations changing this year I would want at least one veteran driver in the team, but with little to choose from at Force India, Hülkenberg will have to suffice.

Better to keep the technical team around and switch drivers than the opposite, I would think, but having a driver experienced in communicating road-feel and other technical details to the engineers would be a massive advantage. Also, losing Paul di Resta was a huge blow for the sport in my opinion, but the combination of Sergio Pérez and Nico Hülkenberg may make for a very interesting team-rivalry.

The Lotus F1 team has been having some financial woes. It was common knowledge that the team had not paid Kimi Räikkönen for a number of races, and similar issues can presumably explain the exodus of technical staff, including team principal Éric Boullier, from the Enstone outfit. Conveniently for these folks (but not so much for Lotus), there are a number of other teams right up the road. So it makes sense that Räikkönen would leave. He’s openly stated that it was completely because of the money. Similarly, it makes sense that Pastor Maldonado would join the team. He’s got more backing behind him than some NASCAR teams and that money could be put to good use by Lotus. The downside now is that we have Pastor Crash at the front of the field.

It’s plus one Ferrari, plus one Williams, minus two to Lotus

On the other hand, we have possibly the best driver lineup in recent memory at Ferrari. Räikkönen and Alonso are massively talented and have been stunted with sub-par cars for the last few years. Nothing against Felipe Massa, but he was too comfortable at Ferrari and was underperforming from what everyone knows he can do. The transfer to Williams will unsettle him a bit (not a bad thing), and if the car ends up performing well, he’ll probably do great. So it’s plus one Ferrari, plus one Williams, minus two to Lotus, in my estimation.

Perhaps on first glance, Mercedes is the most consistent team this year, with the only major change being the retirement of Ross Brawn and addition of a new team boss. That being said, there have been quite a number of changes to the technical and management staff in the last 12 months that aren’t reflected in the graphic above. The additions of Paddy Lowe, Toto Wolff, Mark Ellis and Giles Wood - executive director (technical), executive director (business), performance director and chief engineer respectively - among others may sound like a cast of wonders but it may be too much change in too short a time. Too many cooks in the kitchen, if you will.

That being said, the Mercedes AMG team have put tremendous effort into the engine development for the new formula, and if they end up performing better than the Ferraris and Renaults, the Mercedes team stands a tremendously good shot at the Championship this year, particularly considering the talent in the car. Also with Force India, Williams, and McLaren using the same engines, they have plenty of opportunity for power unit development.

It’s hard to be the 11th best team in Formula 1. It’s also hard, although not quite as hard, to be the 10th best team in Formula 1. With budgets right around 20% than that of the leading teams, Marussia and Caterham need all the help they can get. For Marussia, this came in the form of the two pay drivers they already had: Jules Bianchi and Max Chilton. These two did a fair job last year. Fair enough, indeed, to beat Caterham to the tenth spot in the Constructor’s Championship. Bianchi is supposedly on loan from Ferrari where he was expected to take the place of Felipe Massa in a year or two, but with the introduction of Kimi Räikkönen, he will have to wait. This wait could possibly be as long as until 2016 when it’s expected most of the top talent’s contracts expire.

With Caterham losing out to Marussia for 10th, a cleaning of house was to be expected for the team. After the ejection of Pic and van der Garde from the team, the driver money will come from one newbie and one fiery veteran. In Marcus Ericsson, Caterham gets a young Swede who has proven himself in GP2 with three race wins and a number of pole positions. In Kamui Kobayashi, they bring in someone from Formula One’s old guard and someone whose experience may be extremely helpful for the team, particularly given the technical changes and need for a driver who can communicate effectively with the engineering staff.

The only constant is change

So let’s tally up the changes:

Each team had some level of turnover. Nobody ever works with the same exact team or equipment from one year to the next, so the question really becomes how profound are the changes in a given organisation.

Losing a Charles Pic is not the same as losing a Kimi Räikkönen. The biggest winners this off season, in my eyes, were Ferrari and Red Bull. The addition of Räikkönen is tremendous, and if Kimi and Fernando can learn to work together, it will be a powerful partnership indeed.

Red Bull also did a great job of minimizing turnover and doubling the amount of R&D they can do with the new Renault engines. The biggest loser, with no question, was Lotus. Losing Kimi as well as one of the best team bosses in the business was a disastrous blow to the team, and one which may take years to work out.

Previous article The Hulk is a beast