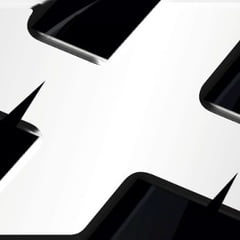 Formula One is always keen to portray itself at the centre of technical excellence that can resolve any technical problem more quickly and to a better standard than any other group of organisations. So I was disgusted to see the complacency emanating from the people who normally make these claims when they were asked on Sky about the reasons for not introducing the halo or any other form of driver head protection for 2017.

In the early 1980s there were a series of accidents where drivers suffered serious injuries to feet and lower legs. The reason for this was the cab forward design of an F1 car which pushed the driver's body as far forward as physically possible resulting in his feet being well ahead of the front axle line. Given the lack of crash structures many drivers suffered injuries ranging from damaged feet and ankles to paralysis. Eventually FISA (which was the sporting arm of the FIA) brought in a rule that required the driver's feet to be behind the front axle line and required a crash structure to prevent damage to lower limbs.

At that time I expected closed cockpits or something similar to follow in short order. Unfortunately F1 logic still dictates that a driver needs his feet and ankles to survive intact more than he, or now she, needs his/her head to be undamaged. Over 30 years later heads are still expendable.

The excuses given by the major players were lamentably complacent. I have been a huge fan of Ron Dennis since he bought McLaren. This is a man who started off as a mechanic and built the biggest team in the business. Yet his excuse for not introducing the halo in 2017 is that it has not been tested enough. Well, my answer to Ron is: "Get off your butt and do something about it. You have not shown a single design idea for any head protection device. You have not run as much as an installation lap. As far as I can see you have done precisely nothing to get head protection introduced next year. It cannot have escaped your attention that Ayrton Senna may still be with us if an aeroscreen had been fitted to his car and deflected the suspension arm that penetrated his helmet. Yet you complacently say not enough has been done. It is 22 years since Senna died. Why have you not done enough?"

It is debatable if a halo or aeroscreen would have saved Senna but not having it did nothing. My preference has always been to have F1 cars fitted with closed cockpits. Some will argue that closed cockpits makes F1 cars into sportscars but that ignores the other huge difference between the classes and the fact that sportscars started out with open cockpits.

The modern interest in head protection was triggered by the fatal accident suffered by Henry Surtees when he was killed after being hit on the head by a wheel that had become detached from a car. Quite incredibly that was seven years ago last month. It is nothing short of a scandal that in 7 years nothing has been done to make his accident any more survivable than it was in July 2009. The self-appointed technical geniuses of F1 have done nothing.

A little over two years later Dan Wheldon suffered a fatal Indycar accident. F1 rules generally spread quickly to other categories of racing. Had F1 introduced closed cockpits at some stage in the past Dan Wheldon may have survived his Indycar crash. An aeroscreen or halo may have helped but I doubt that either would have been enough to save his life.

One life that could well have been saved by a halo or an aeroscreen was Maria de Villota. She died as a result of driving into a truck's tail lift while carrying out straight line testing. A halo could have been designed specifically to stop this happening. It is a very atypical accident, however she could easily be alive today. Unfortunately F1 hasn't done anything to stop someone suffering similar injuries.

I think it says a lot about the way F1 thinks that when Felipe Massa suffered his accident that instead of protecting the driver's head with a closed cockpit or other device they strengthened the helmets. I am completely in favour of improving helmets but the aim should be to prevent the helmet ever coming into contact with anything rather than making it a front line safety device. In the end the head inside the helmet is balanced on little bones and the spinal cord in the wearer's neck. It takes very little force there to paralyse or kill the driver. All efforts should be made to protect the helmet as well as the head it contains.

I was surprised how laid back Toto Wolff was on the halo when you consider that until recently his wife was testing F1 cars. Given that Mercedes-Benz pulled out of all motor racing activities for a few decades after the 1955 Le Mans disaster I would have expected a more pro-active approach. Add in Niki Lauda's accident and it is quite incredible that Wolff was stalling rather than pushing for something to happen faster.

Worse than Ron Dennis and Toto Wolff was Christian Horner still doing his best Sir Humphrey Appleby stalling techniques. Every time he has ever been asked about the halo he has recited Yes Minister lines. Now is not the right time. We need to look into more. We should not introduce the halo as it's not perfect yet. He should be paying fees to the Yes Minister writers for using their scripts.

Worst of all in the 50th anniversary of the start of Jackie Stewart's safety crusade we have people saying we should not have the halo because it is ugly. Presumably it is better to have a driver killed than to add something ugly to cars that are already seriously lacking in the looks department. I find it stunning that people are still putting pathetic excuses out to prevent vital safety improvements happening.

The one encouraging thing in the whole piece was the anger and disgust shown by Alex Wurz and Sebastien Vettel that the halo introduction had been delayed. Both were very clear that this was not only unexpected but unacceptable. It is great to see F1 drivers stand up for themselves and push for safety.

Previous article Health and safety in Formula 1: Tragedy and action