McLaren recently announced a brand new sponsorship tie-up with watchmakers Richard Mille, in a long term deal that spans 10 years. The partnership was revealed in the standard way, with Jenson Button and Ron Dennis shaking hands with Mille himself, both sporting one of the super-sized luxury watches that the brand prides itself on.

As the 2015 F1 cars are launched I notice a distinct lack of sponsorship on the cars. This seems to be a continuation of last year’s slim pickings. To quantify the problem I’ve tabulated the sponsorship coverage of all the teams using the three main areas of the car; Airbox, Sidepod, Rear Wing. I have categorised the stickers into 4 types, only one of which is the elusive “Sponsor”.

Lots of fun things pop in front of me as I peruse the internet for potential rankings, and today I stumbled across this marvellous video via @lookingspiffy. If you've ever wanted to see Fernando Alonso and Felipe Massa putting together a tiny little Lego car, under Stefano Domenicali's expert supervision, well this is what you've been waiting for.

Whilst perusing some potential rankings today, I saw this video recommended by @StatesmanF1. He was asking for some points for Stefano Domenicali, which is sadly not possible this year. Instead, the Ferrari chief can have an entire post to himself.

What’s the best way to get to a motorsport event without spending hours in traffic? The discussion started between my flatmate - henceforth referred to as The Aussie - and I while reading the frustrated tweets of Goodwood Festival of Speed attendees waiting to get through traffic.

For whatever reason I have made the unconscious decision to be a fan of sports that America isn't so hot at. First there is soccer (football), then hockey, and now, Formula 1. There hasn't been an American driver since I've been following and the most recent chance for an American team never got further than constructing a nose from what I can tell. As an American, though, I can dream. Or ponder up a list of companies that I think it would be entertaining to see try to compete in Formula 1.

We've often been known to highlight the great and the good of team videos, and this year Mercedes have got the season off to a great start with two exceptional snippets of film. With great production values, amusing concepts, and... wait for it... Michael Schumacher actually being funny... there is no way we could let this moment pass without highlighting them.

Virgin Racing made a bit of a name for themselves last year when they produced some excellent behind the scenes videos right out of the gate. We saw the car on it's very first shakedown, and we saw plenty from Timo Glock and Lucas di Grassi throughout the year, providing an amusing insight into life inside Formula One.

Right, now, this is just getting silly. We can't go around posting the McLaren videos every time they come out, but they are too good to ignore. Fresh from building a car, and getting nostalgic about Ye Olde McLarens, Hamilton and Button are back for their next adventure. This time, they're taking to the road... in a VW camper van. 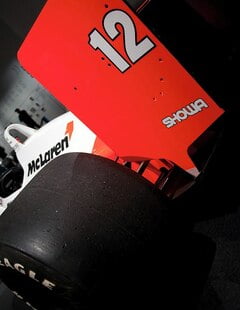 Lately, McLaren have been doing a great job of using social media to get in touch with fans of the team and of the sport. The latest viral video from McLaren is an absolute gem - Lewis and Jenson in a warehouse full of McLaren F1 cars, no script, and hidden cameras filming their interaction. If you haven't seen it yet, check it out here.

Earlier today, Autosport's Jon Noble tweeted a link to the latest Vodafone viral advertisement, featuring both Jenson Button and Lewis Hamilton. The advert shows both drivers trying to build one of their cars together, without their mechanics, and illustrates how they need the team around them to become the world champions that they are.

On the eve of the first F1 practice session of the year, the Renault F1 Team have announced a major sponsorship deal with technology company Hewlett-Packard. The new agreement means the R30 cars will run with significant HP branding adorning the bodywork.

We heard Jenson Button would be teaming up with Walkers Crisps to film some adverts, and the tabloids have been full of sneak peeks at Jenson in a tailor-made cab. I even referenced one particular picture for Christine's Rankings this week - marking JB down for the corny cab name.

McLaren have confirmed that they will still partner with Santander going forward to next year, with the Chief Exec at Abbey pointing out that the brand works particularly well with Hamilton.

Ferrari seem to be keeping hold of the 'worst kept secret' title today as Santander announced a five year sponsorship deal with the team.

With the fallout from McLaren's latest indiscretion still reverberating around Formula 1, guest writer Jeremy takes a look at the story from a different angle. 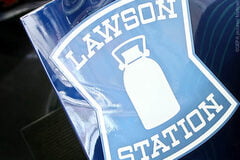 As Carlos pointed out during live commenting earlier today, Red Bull Racing have taken on an almost Indycar-esque look this weekend, as they've deigned to run 7-Eleven branding on the rear end-plates of both of their cars.

Prior to the Turkish Grand Prix the McLaren team managed to humiliate their number one driver by having him dangle from the rafters while a folkdance troupe performed below. Now say what you like about that particular fiasco, but at least it was original.

Margaux Matrix is a new name to me, but apparently they are a leading “brand exposure agency”. I'm not entirely sure what one does at an agency like that, but if it involves getting paid to watch F1, I'm exceedingly jealous.

The Williams F1 team continued to push the boundaries of acceptable marketing strategies this week, when they painted a passenger aircraft in their familiar racing livery.