One of the trickiest challenges we've long struggled with at Sidepodcast HQ, is the promotion of feature length podcasts in the social media era. With shows averaging an hour in length and no logical means of splitting them up, audio remains a tricky medium to generate buzz around. 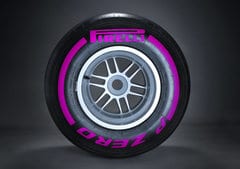 As you might have heard, the tyre regulations for 2016 are changing. Naturally, because this is Formula One, they are getting more complicated rather than less, and if you're anything like me, you've been avoiding learning what is actually going to happen. Thankfully, Chainbear has come to the rescue with this fabulous video that explains exactly what is going to happen, when and how, and why we should care. 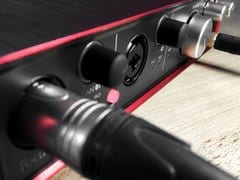 After many years of mostly average service, our much maligned audio recording interface finally stopped functioning. A modest software upgrade rendered its ageing connections obsolete and it became clear to all, we had to move on.

It's traditional here at Sidepodcast HQ that Mr C always forgets Valentine's Day and makes up for it with a certain brand of white chocolate. We renamed the day based on that certain fact but Mr C has shaken things up this year by not only remembering February 14th but having Milky Bar buttons ready and waiting beforehand. Bizarre. 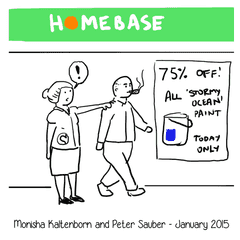 Chainbear has been providing us with sneak peeks of life behind the F1 lens for many a year, and took a moment to scribble a couple of postcards from the recent launches of Ferrari and Sauber's 2015 cars.

Force India have released a neat little multi-lingual video featuring some behind the scenes snippets about the upcoming launch of their new car. We've seen the livery unveiled in a Mexico City event, and now Nico Hülkenberg and Sergio Pérez provide some insight into hosting the event and pulling the covers off the brand new car.

With the 2015 launch season kicking into gear, we're starting to see image renders of what the cars will look like when they hit the track in just a few days time. Livery launches are very popular at the moment, as teams unveil the colours they hope to race with during the coming season.

McLaren revealed a teaser video for the launch of the 2015 challenger, due on the 29th January, with a nostalgic look at the life of an F1 fan. Not only does it feature a cute kid drawing racing cars, alongside the dulcet tones of one Murray Walker, but it also has a whole heap of Back to the Future references.

For a while, it looked as though the only trophy Romain Grosjean was going to get this year was from his appearance in the David Guetta video. The producer took music videos to a whole new motorsport level with his latest single Dangerous, featuring the man himself as a racer, a whole lot of Lotus, and bonus Romain Grosjean on the podium. Thankfully, Romain managed to right this wrong. 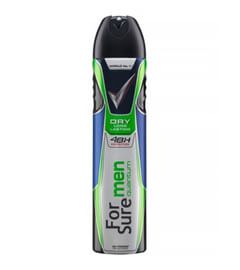 Williams announced a new sponsorship deal today, partnering with the Rexona brand more traditionally seen on the Lotus car. The move comes as parent company Unilever aim to work on improving sustainability, but also because they think Formula One is a good environment to really test the mettle of a deodorant. Rude. 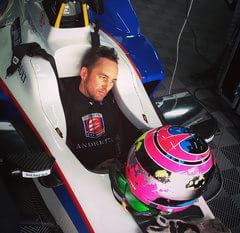 The lovely Emma Buxton shared a picture of Franck Montagny from the weekend's Formula E race in Malaysia, directing it to my attention. It was a lovely gesture (and a lovely picture) and quite out of the blue, really, because I'm sure I've kept my Franck obsession on the down-low. Franck got himself into a little bit of trouble at the weekend, after some let's say aggressive moves got him a penalty and an enemy in Nick Heidfeld. The German called him "slightly crazy" which is probably fair having seen the race. But hey, he doesn't look at all crazy in this, does he?

In an interview with the Official F1 app, Jenson Button faces the never-ending questions about his future, and handles them with what sounds like a weary but pragmatic point of view. When asked if it's been difficult not knowing what next year holds, whether it be at McLaren or another team, in or out of F1, the Brit admits he's now resigned to the situation.

We've covered the beard situation here already, but now the drivers have realised just what an impact their facial hair can have on the wider world. Today, in a great Twitter conversation between three of the grid stars, Daniel Ricciardo kicked things off by sharing a photo of his and Alonso's facial choices.

The BBC's Chequered Flag podcast often grabs interviews with people inside and outside of the paddock, and sometimes they have snippets of conversation that perk my interest. This chat with Ian Roberts, FIA Medical Co-ordinator was recorded for the Japanese Grand Prix preview, after which he unfortunately had to race into action to deal with Jules Bianchi's accident. It's still an interesting look inside the medical car, though, at what information the support team get and what they are looking to improve on for the future.

Several drivers took to the stage during the United States Grand Prix weekend to try their hand at some traditional cowboy techniques, including lassoing a nearby cow. The practice appeared to do Pastor Maldonado some good, as he used the skills acquired to make his way up into the top ten during the race, and thus pick up his first points of the season. Lasso yahoo!

It's likely escaped no one's attention that Daniel Ricciardo has gone for a very specific beard-related fashion statement this weekend and it's... well, it's awful isn't it? What is going on here? Beard watch has become a very popular activity in the paddock over the past few years, but I don't think we've ever seen anything quite like this.

I properly love this quote. Just the honesty of it. Lopez says he doesn't expect any change in the team's driver line-up for 2015, but that actually Grosjean does have the ability to leave if he wants to. That makes sense because, well, if the performance part of the contract wasn't being breached at this point, you'd have to guess it could only read "must turn up to all races." 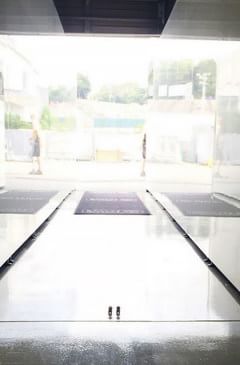 The Lotus mini drivers are cute as a button, and today, they made quite the startling entrance to the Japanese qualifying session. As the Lotus Twitter account says: "You know that cool driver shot as they come through the garage before quali? Yea, we got the #MiniDrivers to do it." This made me laugh, a lot, particularly as in my feed it was right next to a genuine shot of Max Chilton doing that exact walk of fame.

Lotus F1 Team sponsor burn have a new promotional video out, which features Romain Grosjean taking matters into his own hands when someone parks in his space. It's a cute little video, starting with some major '70s progressive rock and ending with a chase scene you might not be expecting. I'm not entirely sure if there's a moral or a message in here, other than don't mess with Romain when he's near a forklift. 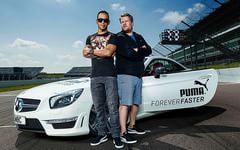 Lewis Hamilton got behind the steering wheel of a Mercedes road car around the UK circuit of Rockingham to partake in an interview with a twist. As part of the #ForeverFaster campaign from Puma, comedian/actor James Cordon was tasked with squeezing in as many questions to the F1 champ as he could in just one lap. As you can see, that ended up being more difficult than he might have imagined.