Filed under Rules and regulations

It has been in the rules of all motor racing for decades that the white line defines the edge of track. I can see no reason for it to change. This rule was always applied except for some reason at the exit to the Ascari chicane at Monza. Every year it annoyed me that the track limits were ignored. Now the rule is applied there but not in many other places.

Ask anyone what Formula One is and they will no doubt reply with the almost clichéd response; “Formula One is the only racing series in which the best drivers in the world, with the best cars go head to head on the best tracks.” However, the simple fact is that it is no longer the case. The cars are certainly the finest examples of automotive engineering to date, there is no disputing that. The tracks are also some of the most testing environments for both man and machine. People will argue that they are a bit boring, but I have an irrational soft spot for them

The World Motor Sport Council’s recent updates to the future F1 regulations have, as always, raised eyebrows. I’ve been quite unmoved by a lot of the changes that Formula One has undergone over the past few years, but even I can see that deliberately messing with the undertray material to try and force the return of sparks is unnecessary and about as gimmicky as it gets. The recent rule addition that is getting most of the attention, however, is the introduction of standing starts after a safety car period.

The FIA have today revealed some of the changes set to occur within Formula One over the next few seasons, with one of the more popular suggestions the implementation of permanent driver numbers. Whilst there have been some infamous driver/number pairings in F1 (Red 5 comes to mind), it is something that has been shown off to great effect in NASCAR.

Following the eventful and at times dangerous British Grand Prix last weekend, F1 tyre supplier Pirelli have been conducting analysis into what caused the multiple tyre failures witnessed on Sunday.

With the 2014 season only 18 months away (probably), I decided it was in my best interests to understand what the technical changes were going to be, since it is likely that the teams themselves are already deep in designing and testing. However, it soon transpired that I knew next to nothing about the technical side of F1, which is shocking considering I’ve followed this sport for the best part of eight years. To this end, I decided to take the steepest learning curve possible: reading through the regulations and, from an almost novice’s perspective, make a post of what I made of them. 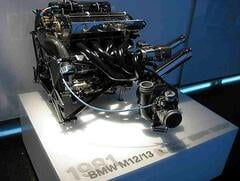 My first experience of Formula One was at the 1986 British Grand Prix at Brands Hatch, and what an amazing introduction to Formula One it would prove to be, for many reasons. This of course was in the era many Formula One fans always refer to as the “romantic period”, and as a youngster watching the cars fly through Paddock Hill Bend and soaking up the intoxicating atmosphere that only this form of motorsport can provide, it certainly got me hooked.

“Formula One needs more overtaking,” has been the ubiquitous talking point of F1 fans for years, and for an obvious reason; passing maneuvers are exciting! And now we have it. More overtaking. The Holy Grail. So why am I not satisfied? Why am I not enjoying this season more so than the last?

We all saw the advantage Mark Webber and Lewis Hamilton gained from saving more sets of new soft tyres than their rivals for the race. Webber as a result of failing to get out of Q1 where he used hard tyres had the penalty of starting near the back of the grid. After starting on hard tyres which caused him initially to go backwards he was able to switch to softs and using DRS pass most of the cars in front. As other drivers ran out of new tyres he gained pace relative to them and was able to pass cars to the point where he finished on the podium.

The World Motorsport Council (WMSC) have met for the final time this year to discuss matters relating to Formula One, Rallying and other racing series'. The meeting took place in Monaco today, ahead of the FIA gala this evening, where Sebastian Vettel and Red Bull will receive their trophies for winning the titles in 2010.

The World Motorsport Council tried very hard to distract us with talk of the twenty-race calendar for next season, but in the end, we all wanted to know what was going to come out of their discussions regarding the Ferrari team orders debacle. They waited until the prime moment - ie. when everybody was about to go home - to announce their findings - a $100,000 fine for the team, plus paying the legal costs involved.

One of the major problems in F1 that never really seems to get addressed is the fact that, in the middle of the race, the smallest punishment a driver can get is the race-ruining drive-through penalty. Some drivers, like Webber in Germany last year, can overcome a drive-through if they have enough of a car advantage, but often you'll see drivers plummeting down the field only to mope around the press-pen after the race, muttering about what could have been.

The sky is falling. Well, not technically, but still, the earth is dying. It’s unavoidable now – people make movies like An Inconvenient Truth and Age of Stupid, TV channels screen adverts about greener products that seep into our consciousness while we take our mid-program bathroom break. The hippies (yes, I’m a hippie, but we can be party poopers) are trying to introduce carbon tax the world over.

The Ferrari team were found to be in breach of both Article 39.1 and 151c of the sporting regulations after stewards investigated Fernando Alonso's pass of Felipe Massa during the German Grand Prix. The team has been fined $100,000, while the incident has been referred to the FIA World Council for further consideration.

For as long as I can remember, I've been visiting petrol stations. It's not the kind of thing I do for entertainment of course, but the practicalities of life ensure regular fuel stops keep me moving.

For the 2010 season, the FIA are introducing an F1 driver to each stewarding panel, in an attempt to make their judgements fairer, and to provide a little insight into what was happening during each incident. We've previously discussed this idea at great lengths, pondering whether it's right to allow drivers in.

The FIA has put out a press release detailing a number of decisions made by F1 Commission when they met in Monaco today. Amongst those is the suggestion that Formula 1 reconsiders the distribution of points for the 2010 season, due to an expanded grid of 13 teams.

It's been a while since we had an F1 car launch, but on Monday Red Bull will debut the latest design from the mind of Newey - the RB5.

Max has put pen to paper once again, and started the New Year with a missive sent to the President of the FOTA, Luca di Montezemolo, copying in all team principals. The letter is a simple update on the cost cutting process, but contains a lot of insight.

Christine and I have been picking through the bones of today's International Court of Appeal rejection, and the main point we keep coming back to is the involvement of Tony Scott-Andrews.