We've talked at length about the regulation changes, but one of the fundamental things that they affect is reliability. In recent years, Formula One has seen most drivers getting to the end of a race on any given Sunday. Now, looking ahead to the 2014 season, there's no guarantee that all runners will see the chequered flag, if indeed any of them do!

Eagle-eyed Sidepodcast readers will have noticed there has been no call to action in terms of submitting your audio predictions for the 2014 season. It's not that we think the year ahead is going to be impossible to predict, although that is going to be my excuse. The predictions megamix is one of those things that has had to be postponed to next year, as we battle with that pesky thing called time. 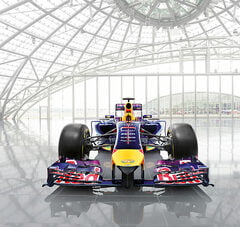 Even before we saw Red Bull’s diabolical pre-season testing, we were looking forward to a sea change in the order of Formula One teams. The Austrian squad’s four consecutive world championships have been secured with varying degrees of domination but 2013 was a step beyond. The fastest driver with the fastest team deserve the title, regardless of the effect it has on the championship, but I think most would agree that it’d be nice to let someone else have a go.

The 2014 class of F1 drivers has seen quite a shake up from the previous year, with only two teams retaining both their drivers from last season. Everyone else features at least one driver change, with Caterham featuring an all-new line-up for the coming year. It’s not just in the race seats where things have changed, however, we’ve also got some shuffling around the paddock in regards to the test driver roles as well.

McLaren endured a very difficult season in 2013. Although the results on paper show they score points often, and fought well in both qualifying and the race, it certainly wasn't the season the team were looking for. They finished the year fifth in the championship, which is their worst performance (if you discount the disqualification from 2007) since 2004. Almost a decade of finishing third or better in the title fight meant 2013 was a big disappointment.

Life is good for Force India so far in 2014. The team have revealed their new car with updated livery and increased sponsorship, they have a strong driver line-up and completed a full four days of testing in Jerez. They've also got the Mercedes engine on board, that whilst not without its problems, is the strongest power unit available at the moment.

The 2014 Formula One season is rapidly approaching, and with it comes the reveal of new machinery from the teams. There may not be as many launch events as in previous years, but the anticipation ahead of the unveiling of this year's F1 cars is still as high as ever. With so many regulation changes to implement, teams have been working feverishly on their new designs, and now we get a glimpse of the results.

F1 fans' worst fears were realised this morning as the Williams team released artwork detailing the shape of their 2014 challenger. Warnings about the look that some of this season's cars will be wearing have been circulating around the paddock for months, but today the whole world learned the ugly truth. The FW36 is going to be a hard car to love.

The Force India team have kept quiet on a potential launch of their 2014 car, but whetted every Formula One fan's appetite with a livery reveal. An image of the new machinery, side-on, shows the car with its new colours - the same orange, green and white, but an introduction of plenty of black to fill in the gaps.

Caterham announced their chosen drivers for the 2014 F1 season today, becoming the last team to confirm their intentions. Despite consistency being one of the key things teams are looking for this year, the Leafield operation have opted for a complete overhaul, ditching their previous drivers for two brand new employees.

The 2014 cars have so many changes to them that we want to get a glimpse as soon as possible. Teams, on the other hand, are keen to keep their new machinery under wraps as long as they can. With that and the lack of funds in and around the paddock, the launches are low-key this year. I've already expounded on how disappointing this is, but even with the lacklustre launches, there's still a lot to look forward to.

Do you remember the launch of the 2007 McLaren F1 car? The MP4-22 was revealed in an incredibly flashy event held on the slightly more attractive side of Valencia. The car was paraded through the city, a demonstration was given for attending fans, with both drivers present and plenty of meeting, greeting and waving taking place.

The World Motor Sport Council met today in France to ratify calendars for almost all the series' that they govern. Naturally, our focus is on how the Formula One season will shape up next year, and it is back to a 19-race calendar for 2014. New events in Mexico and New Jersey have been dropped from the list, whilst the Korean Grand Prix is also missing. With India off the calendar anyway, that's two of the least interesting races gone for next year.

Nico Hülkenberg was just recently confirmed back at his old team of Force India, meaning that in the space of five days, we've had two of the big driver movements sorted. Pastor Maldonado was holding the key to some of the market, and once he was announced as a Lotus driver, the question hovered over where Nico would end up. There are still a few teams with decisions to make, but here's the 2014 driver line-up as it currently stands.

September is usually about the time when a provisional calendar for next year's Formula One racing appears. We're a bit early this year, but it seems as though a provisional calendar has been handed out to the teams in the Monza paddock, presumably to get their thoughts on what will be a bumper season in 2014. 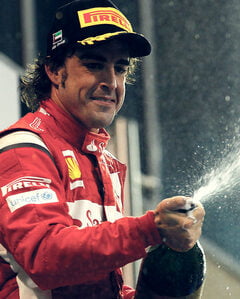 If there's one thing Fernando Alonso has learned by now, it's how to handle missing out on a championship gracefully. Now, his misfortunes have nowhere near the heartbreak that was experienced by his teammate Felipe Massa in 2008, but Alonso is starting to make a habit of getting close to the goal and missing out in the final moments.

This year, Sauber's new team principal Monisha Kaltenborn will become the first female to take the helm of an F1 outfit from the start of the season, and hopefully steer them through a full championship campaign. Monisha has gradually been making her way to the top of the Sauber team, getting more and more involved in the day to day running.

The Red Bull team have taken over Formula One in the past few years, working up from the playful party team to a seriously dominant force. Wrapping up their third title in 2012, the team were untouchable - particularly compared to the scrappy fight for the drivers' championship that unfolded throughout the season. With the quick and challenging Sebastian Vettel on board, and the consistent, experienced race-craft from Mark Webber, it's no wonder the team have made their way to three World Championships in a row.

It's been a long time coming, but we finally have a full line up for the 2013 season. 22 available seats, and every one of them filled by one driver. It was Force India that held us up for most of the time, keeping their options open between Adrian Sutil and Jules Bianchi. The announcement that Sutil got the drive took most by surprise, and for all of 24 hours we were feeling bad for the ousted Frenchman.

This evening, the BBC host their Formula One 2013 season preview, with Eleanor Oldroyd taking the reigns to guide us through testing summaries, guest interviews, and presumably a whole lot of speculation about what is to come this year. We've listened in on these programmes before and gathered an insight or two, so I'm breaking out the Factbyte Factbox again for the 2013 preview show.