Inspired by the excellent Autobiography of Formula One (a book, which, if you haven't got it already, oh my goodness you need to get it right now. Stop reading this post and get it), I have compiled together the story of the season told only in quotes from F1 personnel (and some journalists). It's a bit lengthy but doesn't take too long to read as they are only a sentence each, really. It was fun to do!

The 2010 race season was book-ended by bland races, but the creamy filling that was the other 17 races was what every modern F1 season should aspire to be. Although it was relatively clear from the start which team could have run away with the season, they didn't. Red Bull came back this season and delivered an insane car to wow us. Though I am not a Red bull fan, hats off to Adrian Newey, Renault, Mark Webber and Seb Vettel. Reliability took them out of contention last season but they fought back this year and in dominant form.

At the start of the year I wrote a post called The Ones We Will All be Watching. In it I gave my opinion on how I thought the main team-mates would react with each other through the season. Now I’m going to attempt to see how I faired in my predictions.

Brand new guest writer Adam Burn takes us through the 2010 season by looking at the highs and lows from the perspective of a fan. Encompassing everything from Webber's trip through the air in Valencia through to whether we should see F1 at Le Mans. Over to Adam. 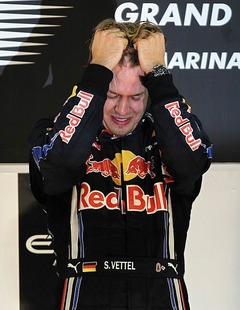 This morning we had four drivers mathematically able to win the championship. Most people thought that Alonso had it sewn up, although Vettel was the one starting from pole position. The fight for the title was essentially over in the first few laps of the Abu Dhabi Grand Prix, when Ferrari made a strategy call - and it turned out to be the wrong one. Vettel led from pole position, and crossed the line first, becoming the youngest ever F1 World Champion.

As the season ramps up to it's closing race, we are gradually passing landmarks. Last Free Practice Friday of the 2010 season, last ever Bridgestone qualifying, last pole position of the year. With a full set of statistics for pole-sitters now, I thought it would be good to have a quick look at who's done well and who may have been expected to do better.

This weekend not only sees the end of the season but the final race featuring Bridgestone tyres. The rubber manufacturer has been participating in the sport for 14 years but has finally decided to call it a day and retire from the series gracefully. Or so we hope. There's one race left to go, and at Abu Dhabi, anything can happen. What we do know is that the winner will carry Bridgestone on their baseball cap.

Towards the end of last year, we asked you for your predictions about the season ahead, posing a few probing questions and welcoming any other Nostradamus-like thoughts about the upcoming year. Now we have lived through the 2009 season, and would all most likely admit it was a bit of a surprise, it's time to look back at how very, very wrong we were.

Jenson Button finished 5th today in Brazil, but it was enough to secure him the 2009 WDC title, making him Britain’s 10th world champion.

As part of our end of year round up, we like to take a look back at our year through the eyes of our camera lens. Usually, all the good photos are posted to our Flickr account, but this is the place for those photos with history, but that aren't visually up to scratch.

As part of our end of year round up, we like to take a look back at our year through the eyes of our camera lens. Usually, all the good photos are posted to our Flickr account, but this is the place for those photos that tell a story although they aren't quite up to my personal publishable standards.

Frequent commenter, and BMW fan, R.G. sent us this email which was an excellent, and very complete and thorough round up the year. I wanted to read out on the show, but then it occurred to me that it's quite long and would work better as a blog post. Take it away, R.G. 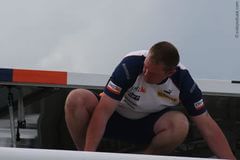 As we wind down the show and the site for the year, we thought it might be nice to have a look back at all the fun things we got up to this year, via the medium of the still photograph. We've tried to keep things fresh, by including images not posted elsewhere.

Which driver secured his first podium on this day in '94, after being drafted in to replace an injured teammate?