Filed under Out and about 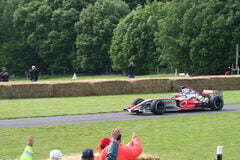 Saturday dawned, and we felt a lot more prepared than the previous day. The Sidepodcast crew had a plan. We left home earlier, went through absolutely no traffic and got to park closer to the gate. Excellent stuff. 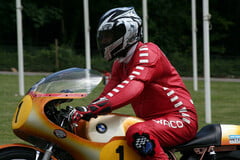 Last year's Goodwood was fantastic for us. We went for one day and everything happened perfectly. We were in the right place at the right time, we saw close up cars and drivers and got hundreds of pictures and experiences that would never be forgotten.

Everyone's talking about it, and you know we're no exception - but not quite yet. It was a long old day and we have two more in which to cram in as much as we can. 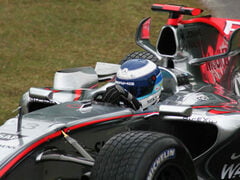 It's June already, and that can mean only one thing. It's almost time for this years Festival of Speed.

Once I could tear my eyes away from our fabulous advert, and actually read this week's Autosport magazine, I came across a page dedicated to GP Live.

We promised the podcast out today, but that's not going to happen. We got back late last night, pretty exhausted after the hectic weekend.

As Christine mentioned the other day, it's GPLive this month and Sidepodcast will be attending.

The Sidepodcast team (that sounds good, doesn't it? It's just me and him though...) will be attending GP Live in May, so I've been keeping an eye on the news pages to see what we can look forward to. 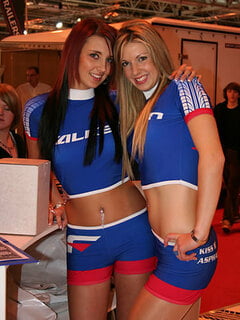 I suppose really, that Autosport is not about the cars. F1 plays a very limited role in the show, with only the occasional team showing up to take part. You couldn't really say that you were going there for F1. 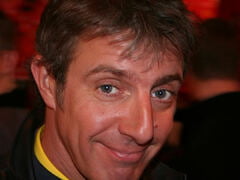 Seconds after we walked through the giant doors of Autosport International, we were already on the chase of someone famous. Allan McNish, ex-Formula 1 driver was signing things for people who had special passes, and although we didn't have that pass, we got close enough to take a couple of fabulous pictures. 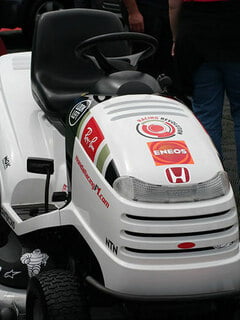 I don't really want to bring a girly topic such as my hair into a post about such masculine things as F1 cars, but it has to be done. I was having a bit of a nightmare. I had washed and straightened my hair (you know, on the off-chance I bumped into Jenson Button), and was happy it was looking good. Then it rained.

Everytime I caught a whiff of some diesel-related product, I would instantly tense up. It's amazing how your body reacts to things. I really didn't want to go blind again, no matter how well I had laughed off the previous incident. The paddock was really starting to have a lot of diesel smells but I braved it out and we started trawling the F1 awnings, now that they were all up and about. 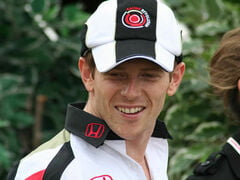 It should be noted that the commentators had promised that the weather would begin to clear up at 10am. We didn't really think it would, the sky was completely grey and it was in turns bucketing it down with rain, and whipping around us with wind. However, at five past ten, the rain stopped. 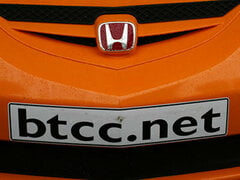 We went to the Goodwood Festival of Speed this year and it was the best day out I have ever had, ever, ever, ever!

A brief peek at what turned out to be a fantastic weekend - More later, but for now: Oh. My. God. 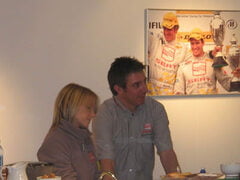 Jason Plato is a well respected driver in the British Touring Car Championship. He drives for Seat, and he wins sometimes. He also presents Fifth Gear on Channel Five with Vicky Butler Henderson. It's basically a cheaper version of Top Gear, but still really, really good. Jason Plato was at Autosport International on Saturday. 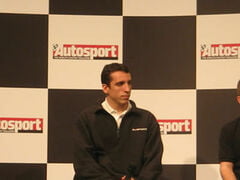 I won't bore you with the details of the morning, which mostly consisted of me saying "Have you seen the time?" and "me" swearing as he missed his exit. All I need to say is tempers were frayed when we finally got there and he even managed to storm off, before remembering that I actually had the tickets. But as soon as we got through the door, the nightmare morning was completely forgotten.