Filed under Out and about

The mid-season break is upon us already, four weeks without Formula One action to keep us entertained. How will you get your F1 fix? You might be frantically rewatching the 2014 races so far, storing them on your set top box to stave off the racing cravings. Or you could be like us at Sidepodcast HQ, glad of the break and a chance to catch our breath. Whichever you are, you might find this list of things to do to fill your time useful. From grandiose track-walking ambitions, to cosy fireside motorsport crafts, there's something for everyone.

We made it. We found our way down the yellow brick road to the National Exhibition Centre, Birmingham for our annual pilgrimage to The Racing Car Show.

We've been out and about again. This afternoon, thanks to the lovely people at Williams Grand Prix Engineering, we got to spend some time in Grove, Oxfordshire poking our noses around the gorgeous RBS Conference Centre.

This weekend we planned to not podcast because we intended to kick off the first part of our post-season tour, whereby we fill in the downtime with trips to a variety of motorsport related locations. As with everything we do, it's an ad-hoc affair, we don't expect to plan anything more than a week in advance.

This afternoon, thanks to a kind offer from Ian at Racing Bulls, I managed to tag along to a very lovely tour of the Red Bull F1 factory near Milton Keynes.

The FOS was a muted affair for us this year. Three packed days at Silverstone testing, followed by three packed days at the British GP had left us weary. Plus, I had picked up the worst germs ever from sleeping in a cardboard bread bin and could barely get out of bed, let alone walk up a hill. 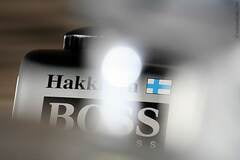 As ever, a full audio round up of our adventures at Goodwood will be available soon, but in the meantime here are a few of our favourite photographs taken during the weekend. The remainder will no doubt be available on Flickr shortly. 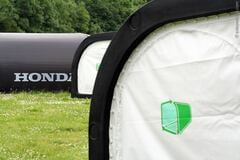 One of the most unique experiences of our entire Silverstone weekend was this year's Honda Dreamfields campsite. For 2008, in order to support their Earthdreams marketing programme, the team hooked up with a company called myhab to provide us with our weekend accommodation. 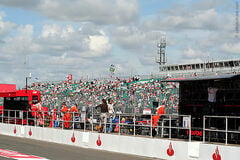 So with the Silverstone test all wrapped up and under our belts, this week sees us heading off to... Silverstone. Damn. 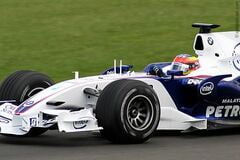 For the next 14 days Sidepodcast is going a little bit Great Britain crazy, because not only is our home GP just around the corner, but we've got three days of fantastic Silverstone testing to look forward too as well. 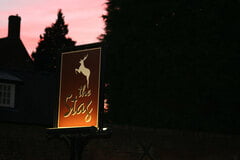 We rely on broadband for pretty much everything at Sidepodcast HQ, so when it stopped functioning earlier this month, the unthinkable happened. We went outside! 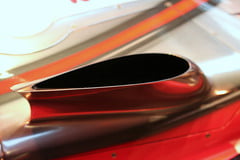 After a year of Sidepodcast travels, we’re quite aware of our shortcomings when it comes to organisation. That said, we learn from our mistakes and in order to get the most out of a weekend at Autosport International, I decided we should literally spend the whole weekend at the show. Both days. That’s Saturday and Sunday. 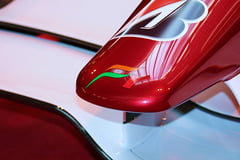 I don’t think it will be any surprise to you to hear that we weren’t the first people knocking at the door of the NEC in Birmingham. If you’ve been reading for a while, you know we’re always late. If you’re new to Sidepodcast, that’s everything you need to know about us. 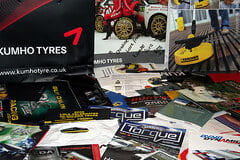 I'm sure you'll be pleased to hear, that Sidepodcast has returned safely from a weekend in Birmingham. We're in the midst of processing all of the pictures we've taken, while picking our way through the free tat/merchandise that we've collected. 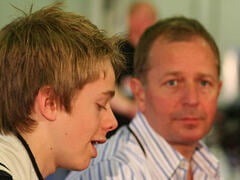 I thought this event was pretty new because I'd never heard of it before, although I had only just started paying attention to F1 events. It turns out that this was the first ever GP Live event, the inaugural one, and Sidepodcast was there. 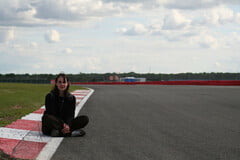 I’m pretty sure it’s safe to say we are creatures of comfort. It’s not that we’re prissy about sleeping in a field, and god knows our camping was more comfortable than if we’d tried it by ourselves, but even so, it turns out I’m not really the outdoorsy type. 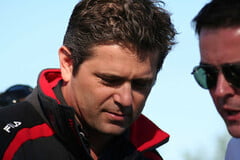 Our main priority for Saturday morning, aside from finding a cure for a hangover, was to grab our copy of the Red Bulletin, and pick up a Kangaroo TV. We’d baulked at the price a little, but having been clueless on the action on Friday, it seemed to be worth every penny. 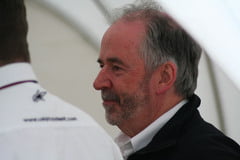 Ahead of the British GP, our fine friends at USP Content invited us to join them at the Honda Dreamfields campsite. Essentially, this is a special field for Honda guests, usually media types, where the amenities are a little nicer than those in the regular campsite. We actually hadn’t intended to camp at all, but it seemed a good way to really get into the spirit of things.

Not before time, there are now x3 Goodwood blog entries just waiting for you to go and read. 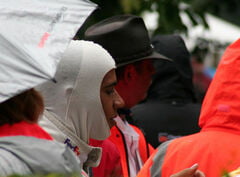