Filed under Live TV and film

The 59th Eurovision Song Contest is one of the more open events of recent years, with a number of countries in the running. Early favourites Armenia have been replaced by Sweden in recent days, but the Netherlands have stormed from rank outsiders to second favourites. Austria's entry is a Eurovision first (watch to find out why!) and the UK go last with one of its best entries in many years. It should be close, and unlike the last two years, no one is very sure who will win!

Make sure you've got your copy of Home Alone ready to rock and roll, as well as snacks and beverages aplenty, as we settle down for the latest Sidepodfilmclub - our joint journey through the latest movie selection. As it's Christmas, we've gone for the festive treat that is Home Alone, although it always strikes me as a) odd that a Christmas film involves some pretty serious child abandonment and b) how brilliant would it be to get left in that enormous house alone?

Arm yourselves with a copy of The Italian Job, 1969, some popcorn and your beverage of choice because tonight is the return of Sidepodfilmclub. To coincide with our summer camp, this evening's entertainment will be sone community conversation as we enjoy Michael Caine doing some of his best lines. The FBFB will be along for the ride, so please join us as we find out what the situation with the doors really is.

Malmö, Sweden is the host for the 58th annual Eurovision Song Contest. Denmark and Norway, who both finished in the bottom four in last year's final, are both hotly-tipped to do well this year, along with Ukraine. Will one of them win tonight, or will another country sneak through to victory? There's no clear favourite to win, which hopefully will make for a tight end to voting!

It's Comic Relief time again, where doing funny things raises money for those in need here in the UK and in Africa. There have been sponsored this and that over the past few weeks, celebrities doing crazy things to try and raise money, and this evening is the culmination of all their hard work. Tonight there will be live music, TV specials, comedians doing their bit, and plenty of guest hosts to guide things along smoothly.

It's the time of year to revel in the snow, the presents, the time off work, all the things that the festive season brings. One of those things is the now annual Sidepodfilmclub festive movie watch, in which we all gather to watch the same film, hit play at the same time and then comment our way through the story. Today is all about the Muppets and how they work their way through a retelling of the Christmas Carol tale, with added singing, jokes, and screeching Miss Piggy. Enjoy!

With 2012 being something of an epic year for British sport, the annual awards show features a huge array of medal winners from the London Olympics over the summer. The shortlist includes Nicola Adams, Ben Ainslie, Jessica Ennis, Mo Farah, Katherine Grainger, Chris Hoy, Rory McIlroy, Andy Murray, Ellie Simmonds, Sarah Storey, David Weird and Bradley Wiggins. With all that, there's also room for International awards and Junior sportspeople as well.

It's that time of year again, the time when Pudsey graces our screens to encourage us to part with some cash to help vulnerable children in need of help. There's entertainment aplenty in store, with music, comedy, TV specials and celebrities doing things out of their comfort zone, all in the hopes of getting you to donate. We're going to be in the comments throughout the evening, waiting for the appearance of Doctor Who, the Stig, updates on the Rickshaw Challenge and most likely the people from Eastenders singing something.

The Sidepodfilmclub makes its summer break return, ably filling up one evening of the long days with no Formula One. There's no F1 in this movie either, of course, with Tom Cruise setting his heart on getting to the top in NASCAR, despite his no doubt maverick tendencies. Pull up a chair, grab yourselves some popcorn (other snacks are allowed too), and pop a cool beverage as we live comment our way through an epic, if slightly dated, movie. A tribute to the late, great, Tony Scott who brought us this greatness.

It is that time again - the moment for countries from across Europe (and more) to present their weirdest and wackiest songs, with even more bizarre performers to try and gain votes and win the right to host next year's event. The UK has opted for veteran performer Engelbert Humperdinck, whilst Jedward may or may not scrape through the semi finals to get a second chance at the Eurovision crown. Settle in for a night of sequins, pyrotechnics, and warbling, as the 2012 Eurovision gets underway.

Once again it's that time to come together on a Friday night and watch an evening of fun, silliness and looking out for the less fortunate for charity - it's Sports Relief! From 7pm on BBC1 until the late late hours of Saturday morning why not come and join in with the comments? Expect to see moments including the wonderful Miranda Hart playing tennis at the Royal Albert Hall, a special episode of Absolutely Fabulous with a sport twist, Outnumbered returning with a few famous faces and lots and lots and lots more. Hopefully we may even get a bit of F1 too! So come on and join in!

Hello there, did you know today is Pudsey Day? It is Children in Need, the live epic charity telethon, and the yellow bear will be guiding us through many hours of interesting, hopefully entertaining, and definitely occasionally cringeworthy TV. There will be music, dancing, there's bound to be some Doctor Who and guest stars aplenty. There's also going to be Tess Daly. You can't have everything.

It's Eurovision time again! Join FBFB and the comments to watch 25 of the best songs Europe has to offer (no laughing back there) compete in the biggest song contest in the world. Possibly. 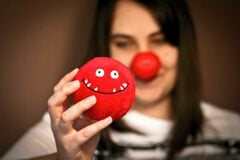 Following on from our successful live coverage of Children in Need earlier this year, it's time for another charity telethon to try and match up to the high standard Pudsey set. This time round it's Comic Relief - otherwise known as Red Nose Day - which only happens every other year, so make the most of it.

Fresh from live commenting the Doctor Who Christmas Special, it is time to turn our attention to a less time-travelling and more globe-trotting trio, as Top Gear celebrates Christmas with one of their special adventures. Instead of a TARDIS, they are taking their chosen cars from Iraq all the way to the birthplace of the Nativity in Bethlehem.

The BBC Spoty as it is affectionately known is an annual event celebrating the good and the great British sportsmen and women. The award is handed out only to those who have achieved spectacular things in their field of work, and the lucky winner is chosen by the discerning public. A knowledgeable panel have whittled the sporting world down to ten possible contenders and today we will see who gets the vote. 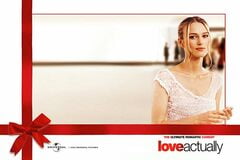 Well, this is a surprise, isn't it? After an impromptu Giggles Radio this afternoon, we are going to indulge in an unscheduled Film Club session as well. We were all supposed to be attending a meetup in London today, but the adverse weather conditions in the UK have put pay to those plans. We will not let it get us down, though, and we're having just as much fun entertaining each other in the comments. 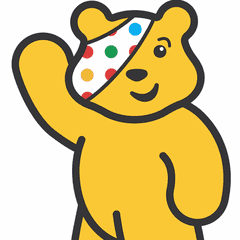 Yes, you read that right. I'm posting a live thread for the epic charity telethon. As mentioned a few times before (mostly on my personal blog), I will be Factbyte Factboxing the extravaganza for a variety of reasons. The most important one is for a bit of practice, and of course, to have lots of fun.

Welcome to Sidepodfilmclub - the third outing of our movie group, where we all gather together behind our respective laptops and live comment a fabulous film. Today we have an old classic, The Love Bug. This is the original 1960s film, not the remake from the '90s and certainly not that film with Lindsay Lohan in it. This is Herbie's first outing, and arguably his best.

This may be an F1 weekend, but more importantly it is also Eurovision weekend. I’m excited, and I’m not even European! Apparently Eurovision parties are all the rage, even down here in Australia, but why bother leaving the house to attend one when we are having our very own Eurovision party in the comments?