By now you would think that a new F1 game being released wouldn't necessarily come with much excitement considering the yearly schedule that the games have. Much like FIFA or Madden we see a new game come out from the experienced hands of Codemasters every summer or autumn, and they are now in the seventh iteration of their yearly updates.

In a yearly tradition now, the next instalment of Codemasters’ successful F1 games has finally been announced under the name F1 2014 as I'm sure you’ll be surprised to find out. What is unexpected perhaps is the news that Codemasters have opted out of releasing F1 2014 on the next generation of consoles – it’ll only be PC, Xbox 360 and PS3 again. That being said, it’s not all bad news as a PS4 and Xbox One version will be released in correlation with the 2015 season.

I met up with some family this weekend, and as so often happens, we ended up playing board games. My dad brought out a vintage find, trying to get me to guess what it was until eventually I gave up. “Formula One!” he said, proudly before revealing the box. I was very excited, only vaguely being aware that motorsport board games existed, and wondering how on earth you can squeeze something so complex as F1 into a simple roll-of-the-dice.

Yearly instalments of games can be a tricky thing to deal with. For two decades EA Sports have managed to ride on the success of their various sports franchises churning out a yearly update but, using FIFA as a good example, whilst there have been improvements over time there’s always criticism of such a business model for consumers. It brings in big money for developers but is it really worthwhile buying, essentially, the same product again a year later? This was my primary concern coming into F1 2013 this year, as build up to the game didn’t really give me a huge amount of optimism for how much new content there would be.

Shapes are nifty things. Squares, triangles, those ones with different angles and stuff. They're all lovely in their own magnificent and mathematic ways but it turns out that combining hundreds of shapes can create something pretty rewarding too. Over the years I've dabbled in the creation of the Forza Motorsport livery editor as part of the Xbox series of games, a series that has most definitely held it's own against its Gran Turismo competitor on various Playstation consoles. Both have their advantages and disadvantages but one thing I've always loved about Forza is the livery editor.

Codemasters have a lot on their shoulders at the moment. Their vast reputation of being a solid developer of racing games precedes the F1 series but last year’s installment of F1 2012 began to give off a whiff of staleness. I mean, F1 2012 had what it needed really in regards to up to date tracks, a solid racing game and the bits and bobs that come with the series but it also came with a bit of criticism too regarding features being removed and the amount of patches needed to settle the game down following launch. It hasn’t quite been a rough ride, but it hasn’t been plain sailing either.

Ever since Codemasters revitalised the F1 gaming scene with their officially sanctioned series back in 2009, Christine and I have been largely excluded from participation. We did manage to get our hands on F1 2009 for the iPhone, but since then we've found ourselves largely bereft of big screen distraction, with Codemasters limiting their releases to PC, PlayStation and Xbox platforms. Things are looking up this year however as Feral Interactive have just brought F1 2012 to the Mac!

Formula 1 games have always been a fairly serious affair with only a few games over the years leaning towards the 'arcade' spectrum rather than the simulation-heavy affairs we've become so used to. Of course, this is by no means a bad thing but racing games heavy on being a sim can be quite tough for the wider audience to get into. This is why F1 Race Stars, personally, is one of the biggest and best, on the Xbox, PlayStation or PC.

For anyone who has seen me around Sidepodcast.com in the past, you'll know I'm big on racing games and sim racing. Since the age of 4, where a Sega Mega Drive containing Lotus Turbo Challenge gave me my first virtual racing experience, my understanding of how to race and set quick lap times has come purely from playing on consoles, either with a controller or a wheel. But now, I face a much bigger challenge. One which I've never really looked into that much in terms of competing, but always observed and followed.

Codemasters are back with their latest installment of Formula One. Here are my thoughts on this year’s game after playing with it for a few days. First up it's worth noting that this is an improvement on last year’s game. I suppose the key question is if it's improved enough to warrant taking another £40 from you. That's a tough one to answer.

Months of hype and videos and news have finally lead to F1 2011 gracing our consoles, but have Codemasters picked up the pieces of F1 2010 and improved to make it an even better F1 experience for the gaming population? 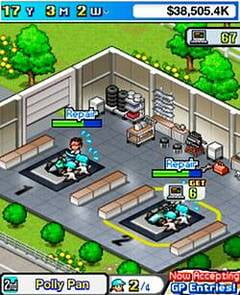 If you've never been any good at racing games (like me), but want to participate in the motorsport gaming world, then it's possible that a management and strategy simulation may be more your style. I've previously found that racing management games are either too simple, or far too complex, but Grand Prix Story has arrived at a good balance. 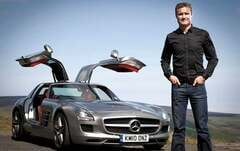 David Coulthard has set himself up for quite the challenge this coming Monday. Behind the wheel of a Mercedes-Benz AMG SLS Gullwing, the former-F1 driver will take to the track at a "secret location" somewhere in Europe, in the hopes of beating some unique opponents.

Last week, a shiny new iPad 2 arrived at Sidepodcast Headquarters. Of course, it chose to present itself the minute that I stepped away for a mini-break, and I had to wait days and days to get back and try it out. However, once I did, I was hooked.

So, just like a few of the other gamers here at Sidepodcast, my F1 2010 career has begun. I have started the journey to become Formula 1 World Champion, and I intend to do so on the highest difficulty. No driver aids, no help, just pure car control. Now while my blog Living The F1 Dream tells the sequence of events in more detail, playing them out like a story, here I'd like to go over what happens in the race weekends, both on the track and in front of the cameras. 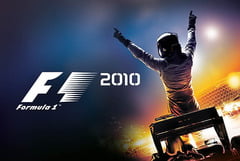 It's finally here. After 2 years or so of development and a seemingly forever amount of waiting involved for this, it's finally here for us all to enjoy, love, get frustrated at and blame despite our lack of ability really being to blame, and just general stare in awe at the awesomeness that is the Formula 1 2010 videogame. Whether it be on the 22nd Sept in the US, 23rd in Europe or 24th in the UK and elsewhere, many of us will be scrambling open that devilishly claustrophobic cellophane wrapping around their copy of F1 2010 or furiously clicking the download button to get their copy from Steam or other online distribution services. Yes, folks, F1 2010 is here.

Racing has always been a massive gaming genre and F1 has not escaped from the virtual world of computers and consoles. F1 has been recreated on the screen for over thirty years, some destined for greatness, some destined for the nephew's stocking next Christmas. This post will hopefully separate the rotten from the good. 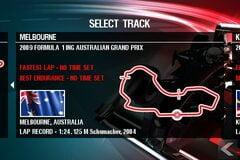 Less than a month ago, the first F1 game for a many a year arrived for the Wii console, and Lukeh provided us with a fantastic review. So good was it, that we went out and purchased the game solely on the man's advice. Lukeh returns today to offer similar insight into a mobile version of F1 2009 for the iPhone and iPod Touch.

Which Austrian driver, who shared a race drive with Tonio Liuzzi in 2005, was born on this day?