A brand new season of Formula One is just around the corner, and whilst the powers that be seem to want to remove fans from the equation as much as possible, there is a way you can still get involved. Ever fancied taking charge of your own F1 team, picking your drivers and revelling in their success? Fantasy F1 competitions allow you to do just that. The great news is that for 2016, Fantasy Racers is back in all its glory and you can join the Sidepodcast league to fight against Mr C and myself in the bid to prove who makes the best predictions. Hint: it won't be me.

The 2015 season is imminent, folks. Another 20 or so races, another bout of various controversies, poor strategy calls, iffy steward decisions probably some 'incidents' involving car number 13. And of course, Fantasy Grand Prix - the game where you get the chance to own your F1 team, hire some drivers, pick some teams and think of a name. You have to keep in budget too - you can't do a Caterham. 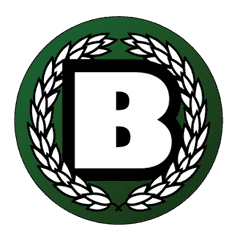 With the F1 season dawning upon us once again, the 2014 Fantasy GP on BadgerGP.com is now up and running. It's a fun and easy fantasy game: each player is given a budget of 75 million and must spend it on three drivers and three teams. You can change your line-up at any time, although there are some restrictions on changes from China onwards.

You've read all the news you can lay your hands on, you've studied the testing form guide, you even put the hours in and watched both Free Practice sessions on Friday. There's nothing you don't know about Formula 1 in 2012.

Well peoples it is almost the start of the F1 season and that means it is also Fantasy Racers time. You can't have Fantasy Racers without a Sidepodcast league - it just would not be right. So I have started one and everyone has to join. It's the law.

Everyone expects chaos from the Australian Grand Prix, but I think this one surpassed even the wildest of expectations. Throw in a bit of rain, some over-eager drivers, and plenty of overtaking, and you've got the ingredients for a great race.

Don't forget to select your drivers for Australia before the 5pm UK time deadline. Unless you are using Strategy 2, like me, in which case you keep the same drivers throughout. Let us know who you're going for and why, and we'll review everything after the event. For now, I will hand over to Gavin to tell you how his team is shaping up.

Panda Racing 2010 made a disappointing start to the new season in Fantasy Racers, finishing in just 12th place after the first round of action. In just over two years of competition, this is Sidepodcast's lowest starting position.

Fantasy Racers is back and this time it's blog-only! We're not going to be talking about it in the show as the rule changes make it just that little bit too wordy for a short podcast section. However, it's taking pride of place on the blog and this is where you come in. I have selected Strategy 2, which is the option to not change your drivers but have a higher starting budget.

Fantasy Racers was a mixed experience in 2009. The rule changes were of a similar magnitude to those in Formula 1 itself, and some of us adapted well, whilst others of us did not. Kathi led the way almost from the very start, and put on a really impressive show to make the Sidepodcast League the top scoring league of the competition for the second year in a row. She also completely outclassed the rest of us in the field, meaning we simply have to try harder in 2010.

We were pretty much aware that Button had a good chance at being World Champion this year almost from the first few races. Likewise, in our Sidepodcast Fantasy Racers league, Kathi has had the title sewn up since the beginning.

It's about time for the Fantasy Racers call to arms but unfortunately due to the timings in Brazil, I have not yet seen a single bit of action. That's okay though, today I am going back to one of my crazy strategies.

Free Practice has given nothing away, with the teams preferring to save up their tyre allocation for more important sessions. That being the case, I decided to go for some quite big changes in my team.

We're heading into the second annual night race, and it's that time of the weekend again - time to select your drivers. I actually have no clue, having not seen any of the Free Practice action, but I'll give it my best shot.

My drivers last race were completely useless, but given the nature of the entire weekend, I am not too mad at them. In fact, I am so calm about it, I am keeping the same drivers this time round.

I only just made some Fantasy Racers choices, it can't be time to choose some more? Still, I hope Mr C is reading this because he went into the last race with no drivers at all.

The Hungarian Grand Prix is upon us and it's time, once again, to take a look at the mysterious world of Fantasy Racers. I am currently 85th in the Sidepodcast league and I can't seem to get away from that sort of position. This week, I'm going to do much better.

It's been weeks and weeks since I looked at Fantasy Racers. During the last race, we were unexpectedly at the track on Friday and missed the cut off for swapping the team. Now, I am right back on form though, and have chosen for the upcoming German Grand Prix.

Unexpectedly we are at the track today, which means I can't access Fantasy Racers. In which case, I will be sticking with whatever team I chose last time.