Coming up on this show, we discuss three part rage, another change of attitude and several surprising top threes. It was a packed race so naturally we have a packed podcast full of discussion about the top three on the podium in Baku, and many of the events that allowed them to get there.

Following the feedback we received after our last show, we have attempted to rectify the situation by getting the experts in to talk all about the Indy 500. If you've never seen any IndyCar racing before, like at least one half of the Sidepodcast pair, then pay attention as Pat and Lukeh guide us all through what to expect over the next couple of days.

On this show, we talk about Alonso's big news regarding a stint in the Indy 500, and the reaction from fellow drivers and team bosses about this decision. We ponder how McLaren will get on in Monaco without him, even with the return of the super fit but slightly rusty Jenson Button.

On this show, we discuss the new style of Formula One, from the lower rear wings to the wider tyres, and everything that brings to the race track. After two events of the 2017 season, we're excited to see what's been happening and to ponder what the rest of the year might bring. 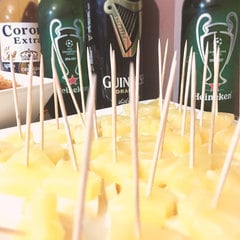 It's the first Debrief of 2017, and what better topic to be discussing than the change of leadership for the commercial side of Formula One. Bernie Ecclestone is stepping aside at long last and letting someone else take control of the sport we know and mostly love.

It's been a while since there was some sincerely shocking F1 news that made you sit up in your seat and do a double take. With Rosberg's retirement, it's only natural we took time out to talk about it, so coming up on this show, we accept the challenge of a listener, ponder outside bets for Mercedes, and the possibility of a fabulous 2017.

On this show we discuss robot drivers, genius suggestions, and get replaced by a better podcaster. Two of our favourite people have been talking about similar topics to do with F1, so we thought we'd get in on the act. Following on from a fabulous guest spot by Giggles, we discuss what F1 is missing at the moment and how we can get it back.

F1 Debrief makes a welcome and musical return to talk about all things lyrical. This week we're discussing the curious case of the missing McLarens, the prancing horse with no name and why some drivers are just phoning it in.

After just one show, the feedback came flooding in, so here we are with a collection of emails, tweets and voicemails to discuss the change to the qualifying format as well as Red Bull's paint job, Kimi Räikkönen's answer to everything and taking the first step on the journey to better head protection.

Sidepodcast returns for a new year of podcasting, starting with a discussion on the big news this week - the potential changes to qualifying. Whilst the exact details are still unknown, we delve into the topic with relish, pondering how on the face of it the changes seem minimal but as you dig deeper, you find many people who will be affected by these session structure tweaks.

Sidepodcast's 2015 break takes a break of its own as we hustle a quick podcast out the door regarding the FIA's recent statement of a potential refuelling return. As big fans of refuelling before it departed, we now discuss our mixed reactions to the possibility of a return and ponder just what the governing body are thinking with their latest batch of changes to the sport.

2014 was a year of new beginnings, with new engines, new champions, new drivers and new challenges. Formula One was reinvented to give the sport purpose, to keep it relevant to the changing world. We ended up with distasteful looking cars, but they certainly delivered out on track. The revamped regulations and the modern machinery provided drivers and teams with a huge challenge to surmount, and it was intensely entertaining to watch it all unfold.

Our final show of 2014 bids farewell to the year and looks ahead to the future of Formula One. On this show, we discuss the ultimate F1 gathering, a questionable Lotus entry and the race that surprised everyone. We pore over the 2015 calendar, and take a quick look at the entry list - figuring out what it might mean for everyone included. We ponder the penalty changes, those that are more lenient than before, and those that have become more harsh, and also take a look at the revised (again) safety car regulations.

It's hard to believe that Ferrari have been through three team principals this year, but at the start of the season they had Stefano Domenicali in place, with Luca di Montezemolo overseeing him. We roll quickly through the season to see how those two lost their jobs, and then fast-forward to today, recapping the driver changes (both race and test), plus the big engineering reshuffle as well.

A bumper show rounds up our review of the 2014 season, with a very useful hat of randomness. All the highlight and lowlight topics of the season were placed into the hat, and then we drew them out one by one to discuss how Formula One fared this year. Subjects up for discussion include Grosjean's Singapore meltdown, a clear case of home advantage and how early Vettel started to struggle.

This episode of F1 Debrief wraps up all the recent (and not so recent) Sidepodcast feedback, covering a wide variety of topics. We start with a look back at the McLaren show and what an epic response we had from Pat. Discussion moves on to safety concerns in the pit lane, and just how far the FIA should get involved - with regards to penalties and more robust measures.

To review the driver of the season ratings, we're joined by Adam, author of the Class of the Field column here on Sidepodcast. We discuss the best driver of the season, who has a chance at another title, and just exactly what is going on at Force India. Adam gives us his thoughts on the season as a whole, what the results would have been if Formula One was a single spec series, whether Ferrari or McLaren will see another champion any time soon, and picks out just one highlight from the very long 2014 season.

McLaren broke their silence to reveal their driver line-up for 2015, so we thought we'd do the same and discuss their situation as it stands. With Fernando Alonso and Jenson Button taking centre stage, we ponder how their relationship will fare with the stresses and strains that the season will no doubt bring. We also evaluate the test driver roles at Woking, and who has the best job - Stoffel or Kevin.

With another feedback round up on the cards, it's time to discuss why Anthony Davidson should make a comeback, who is enjoying too much champagne, and talking less... and more. We start with some feedback after our last show, with listener thoughts on Mercedes, on Caterham, and on our opinions on both. We also review where Bernie's next destination of choice might be for the ever-expanding race calendar.

F1 Debrief returns after the summer break for a quick recap of, yes, you guessed it, the fun and games at Mercedes. After viewing the action during the Belgian Grand Prix, there's plenty to discuss including media transcripts and video responses, plus who is under fire at the top of the Mercedes management tree.