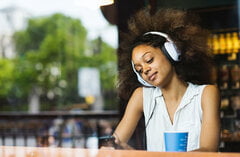 Since podcasting began, it has been providing a revolutionary means to get great audio and video content out to those all too eager to consume it. The Formula One world has dipped its toe in and out of the podcasting water, teams have tried it and broadcasters have their interpretations, but it feels to me that there has never been such a wealth of great content for fans to listen and watch as there is right now. So many great shows, available on so many different devices, and all for free!

Despite being an outfit with one of the smallest budgets in Formula 1, the Sauber team provided fans with some truly innovative content last year. Although a number of constructors have previously dabbled with virtual reality in the past, the Swiss team put in a season long effort to bring their audience Formula 1 in 360 degrees.

The Formula One channel-share that has seen both Channel 4 and Sky Sports F1 doubling up on coverage during the 2016 season continues into the new season, as the British broadcasters embark on the second of a three-year deal. Channel 4 will then secede rights to Sky Sports who take over as exclusive rightsholders from 2019, but before that, there is still some free-to-air coverage to enjoy.

Do you know what television will look like in 2024? Could you say for certain how the general populous will choose to consume their media eight long years from now? Can you predict the path of live streaming technology or media trends nearly a decade away?

Sky Sports have announced a new deal with Formula One Management, securing exclusive rights to broadcast Formula 1 in its entirety. Rather than sharing the deal with free-to-air broadcasters as they have done recently, Sky will control the full package, meaning F1 fans in the UK will need to pay up to continue watching the sport they love.

For the 2016 season, UK fans of Formula One will be able to choose between Sky Sports F1 or Channel 4 as their broadcasters. Channel 4 have picked up the free-to-air rights from the BBC, which means they will be showing ten of the races live, and the rest with extended highlight packages.

Arguably one of the biggest shocks during the past few months of Formula One downtime was unrelated to anything a driver or a team has said or done. Back in February the F1 editor of one of motosport's biggest online brands dropped a media bombshell and announced he would be leaving Autosport in May. Jonathan Noble decided to follow several of his colleagues to rival website Motorsport.com.

Ferrari's new man in charge Maurizio Arrivabene may have only been in the hot seat for five minutes, but he has already managed to make an impression. This week Arrivabene tabled one of the best suggestions for an improvement to Formula One I've heard in years. Cynics will no doubt already be listing out all the reasons why his suggestion is untenable, for the moment at least I want to believe.

The split coverage between F1 broadcasters in the UK has been confirmed, with details of which races will be free to air and which will be on the subscription service Sky Sports. Just like last year, Sky retains exclusive rights to Singapore and Monaco, as well as the returning Mexican Grand Prix later in the season.

Arriving three months or more later than expected and cutting it seriously close to the start of the Formula 1 season, the 2014 official F1 App is finally available to download today. The good news is the basic version comes for free, while the premium upgrade costs less than half that of previous years. The bad news is that although refreshed with a modern looking skin, the almost entirely unfathomable user interface remains largely untouched.

It's taken Sky Sports F1 two years to get there, but they have finally found something to fill the hours and justify the existence of a dedicated channel for Formula One. The UK broadcaster announced today that they will be showing one Grand Prix from the archives every day from March 7th until the end of the year, making that 300 races aired by December.

The races that will be free to air in the UK next year have been confirmed, with nine events available live on the BBC and highlights for the remaining ten. Subscription service Sky will air the Monaco and Singapore races exclusively, as well as the returning race in Austria. The brand new Grand Prix in Russia will be available on both platforms, as will the season-ending double-points spectacular in Abu Dhabi. Those races the BBC do not have rights to will be available with extended highlights.

Back in 2011, Sidepodcast listener Mark Chapman compiled an extensive list of all the archived F1 video content published by the BBC. The post was well received and frequently used as an index for fans searching for a retro Formula 1 fix.

F1 fans tuning in to Friday's free practice session in Monza were treated to a unique view of their favourite cars thanks to a new kind of thermal imaging display. Infrared technology has been used by the sport to bring fans closer to the action since 2008, but this is the first time we've seen them attached to cars before.

The majority of the month of August inside Sidepodcast HQ has seen us preoccupied with internet television. With little in the way of Formula 1 action to distract us, the August 1st launch of new UK broadcaster BT Sport has brought all manner of interesting new content into our lives.

I enjoyed the SPEED coverage when I first came back to F1 about 5 years ago. But then I found Sidepodcast and I heard the UK coverage for the first time. I did not know what I had been missing. I just couldn’t go back. SPEED had the three commentators sitting in a little room in Charlotte, North Carolina watching the world feed and timing and scoring. The pit reporter is the only one actually at the race.

I was mighty pleased to discover today that McLaren's brilliant animated series Tooned has made its merry way onto the iTunes Store. Both Christine and I were hugely impressed with the show last year, and I've been keen to own a copy since episode one.

It has been announced today that FanVision will not be providing coverage at Formula One races for 2013, after failing to reach an agreement with Formula One Management over the required rights. The FanVision handheld device provided comprehensive coverage for fans, teams, the media and more at the circuit, offering a fantastic overview of the all action wherever people were stationed. 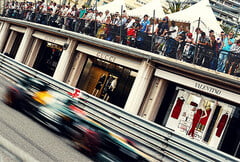 The BBC made a raft of F1 announcements today, but the most important for fans in the UK was the schedule naming which races will be broadcasting live. Just as last year, the BBC get to have ten races where they will have live coverage, and ten where they can only show a highlights package after the event has finished. This runs alongside the broadcast rights for Sky Sports, who show the entire season live in its entirety.

Suzi Perry has been announced as the new face of Formula One on the BBC, as the seasoned sports presenter takes over the role from the departing Jake Humphrey. With ten years of presenting MotoGP for the BBC under her belt, Suzi knows how to front a motorsport programme and brings a wealth of broadcasting experience to the team.