One of the slightly more popular regulation changes for the 2014 F1 season is the introduction of permanent driver numbers. Each racer gets to choose their number (between 2 and 99) that will stick with them for the entirety of their F1 career. The number one moniker is reserved for the current champion, who has his own permanent number but may choose to use #1 if he so desires. 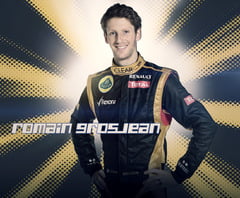 If you're going to do well in F1, there are a few things to remember. One - it's probably not a cracking idea to have the hair of a Simpsons character in F1. Two - it's always going to be tough joining a team who cheated and brought F1 into shame, and then do well. Three - driving into people on the first lap and just embarassing yourself is never a good way to make friends. These are three rather important rules, three rules that stood in the way of greatness for Romain Grosjean, and thankfully, three rules I finally believe he has overcome over this past year.

Sebastian Vettel wrapped up his fourth successful championship campaign in India today, winning the race and taking his points tally to an unbeatable 322. The maths was always in his favour, but Vettel kept a clear head despite watching his teammate retire with an alternator problem, and suffering through his own niggles on the RB9 as well.

Ferrari confirmed today that Finnish world champion Kimi Räikkönen has signed a two year deal to drive for them from 2014. The move will see the Finnish driver returning to the team with whom he won the driver's title back in 2007.

Felipe Massa confirmed this evening that he will not be driving for Ferrari next year. An announcement had been expected from the team regarding their 2014 driver lineup later this week, and it looks like Massa has been given the chance to break his side of the news personally.

As I was sitting watching Qualifying for the Hungarian Grand Prix, I pondered logically about Red Bulls imminent driver decision for 2014. For me, hiring Daniel (Disco Dan) Ricciardo is a no brainer. 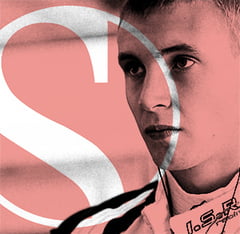 Sauber’s mid-season lifeline arrived last week from seemingly all of Russia, bringing with it the promise of allowing the team to focus on improving performance rather than bolstering their finances. The deal with a trio of investment companies, some linked with the Russian government, comes with the proviso that young driver Sergey Sirotkin gets himself a race seat for the 2014 season.

Mark Webber's retirement from Formula One after this season leaves a space in the Red Bull team, a coveted spare seat for the triple world championship-winning outfit. Although the drive will no doubt be a number two position to favourite Sebastian Vettel, it's a role that could come into its own if the German decides to move on when his contract is up at the end of 2014.

The rumour mill for driver movements had fallen quiet of late, and it was Mark Webber that decided to stir things up again with the abrupt announcement that he will retire from Formula One at the end of this season. After twelve years and four different teams, the Australian driver has decided enough is enough, and will be moving across to sports cars for 2014.

When 2013 began, things were looking hopeful for Romain Grosjean. Three top ten finishes and a handful of points were followed up by a hard-fought podium and trophy in Bahrain. The faith that his team boss and manager Éric Boullier had put in him was being paid off and perhaps he could finally shake off the crash-happy image that dogged him since his F1 return. Momentum was curtailed after a suspension failure in Spain, and then the Monaco Grand Prix was next on the calendar. All Romain's hard work came crashing down. Literally.

Ever since Stirling Moss opened his wizened old jaw and spouted forth his archaic belief that the competitive strain of F1 racing was beyond the aptitude of women, motorsport has seemingly been embroiled in a sprawling debate on the topic.

We've been so busy keeping an eye on the two remaining race seats ahead of the 2013 season, that it was a massive surprise to find a totally different one open up with very little warning. Marussia and Timo Glock have parted ways, the German driver reportedly leaving Formula One behind him for the forseeable future.

Lotus have finally revealed their full driver line-up for the 2013 season, confirming Romain Grosjean alongside Kimi Räikkönen. The news comes as the icing on the cake for the French driver, who spent his weekend in Bangkok, winning the Race of Champions. In fact, he didn't just win but toppled Sebastian Vettel, Michael Schumacher and Tom Kristensen to earn himself the trophy, which really is bordering on champion of champions status.

If ever there was a poster child for perpetual, unshakeable positivity – at least in public fora – Bruno Senna would be it. Throughout the three years of his Formula 1 career, his comments in interviews have been on the optimistic side of realism. Yes, this weekend the car should be strong. We've brought updates that should give us the edge over [insert closest rival team name here]. I didn't have a great performance in qualifying, but I believe I can fight for points. 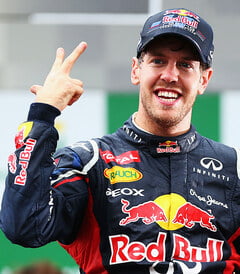 We've had many polls on Sidepodcast over the past week or so, and most have been split between Fernando Alonso and Sebastian Vettel 50/50. In the end, Vettel's thirteen point lead was impossible to overcome, and his sixth place finish in Brazil sees him become the 2012 F1 World Champion. It's been an incredible season for the driver, taking over the lead of the championship in Korea and never looking back.

It can hardly have escaped your notice that this weekend plays host to the championship showdown of the 2012 season, and there are just two contenders left in the fight - Sebastian Vettel and Fernando Alonso. With such a head to head battle approaching, we thought it was only fair to debate which of the two drivers is the worthy champion, which is more deserving of taking home their third title.

It has been confirmed today that Michael Schumacher is set to retire from F1 at the end of 2012. So how do we assess Michael's second F1 career? And more importantly, where does this leave his legacy?

Endless speculation surrounding the whereabouts of Lewis Hamilton in 2013 has finally been resolved today as the Mercedes F1 team confirmed the signing of Hamilton for next season.

Well, all this sounds familiar does it now? Let us ban a certain driver on an English team forever from F1 as he is a menace to other drivers. Except in this case the driver came from McLaren! Yup McLaren.

María de Villota, test driver for the Marussia F1 team, has been taken to hospital today after her F1 car collided with a support truck during a straight-line test at Duxford airfield in Cambridgeshire. The car had completed an initial shakedown run and was returning to the team's makeshift garage when the accident happened.