Formula 1's ongoing employment of glamour girls to hold up grid position boards ahead of a Grand Prix created much debate during a recent Aside with Joe podcast. During the chat I argued that grid girls are an antiquated idea and pointless addition to the race, that could easily be dropped from a weekend without affecting the smooth running of a Grand Prix. This was met with pushback both during the show and afterwards on social media.

This is an all day Hangout plus a little bit more, because it's time to watch the clock hit midnight and a brand new year begin. Wave goodbye to 2013 - whether it was good for you, or one you'd rather forget - and turn your attention to 2014. This is your chance to set new goals, start afresh and make the new year the best twelve months ever. Celebrate with us as we embark upon 2014 together! Happy New Year!

If you're celebrating Christmas and want to a break from the festivities, stop by and let us know how your day is going. Equally, if you want somewhere to hide from the world, this all-day Sidepodcast Hangout is just the place. Connect with your fellow F1 fans as we continue to wind our way through the 2013 off season. Let us know if you're giving or receiving gifts, what you're having for your Christmas dinner, and how you're going to spend the day. Merry Christmas!

Festive friends, join me in welcoming the third annual Sidepodfilmclub Does Christmas. Our tradition of gathering around the telly-box to share in a communal movie watching experience takes its third December outing this weekend. We've previously enjoyed the snowy slush-fest that is Love Actually, a muppety masterpiece with their Christmas Carol, and now it's time for the child-takes-on-the-world wonder of Home Alone.

Here we are then, you've reached the final stretch - congratulations! With just a few more days of camp left, it's time to make the most of the lake, grab those arrows for a final stint of archery, and gobble up the last of those marshmallows. Before then, though, we've got baking results, the last part of the quiz, and hopefully, fingers crossed, a live show.

The second week of summer camp begins with a bang - almost literally, as we start to view the results of the Egg Drop challenge. Also coming up this week, the remaining two parts of the quiz, the F1 Bake Off and the mysterious Playstation challenge. Lots still to come this week as we spend another week in the camp, missing out on sleep due to noisy nature, singeing our fingers on the campfire and wondering whether to go for a swim in the lake.

The camp so far has provided us with some laughs, some great music, a grumpy Mr C, and a set of ground-rules that include which arrows are the right ones to use during the archery sessions. We're entering the second half of the first week now, where there should be more exciting activities - including the first part of the quiz, a live show on Friday, and the build-up to the Film Club on Saturday. Join us, won't you?

It's arrived at last, the very first Sidepodcast Summer Camp. What started as a vague passing idea has now become a living, breathing virtual camp. We've got a fortnight of fun and games ahead, but it all starts here. This (and subsequent) event threads will be the base of the camp, and you can follow the Factbyte Factbox for updates and guidance along the way. Come on in, as they say, the virtual water is lovely!

As Formula One heads towards its traditional summer break, I was thinking about what we could do here on Sidepodcast to a) celebrate a good first half of the season and b) keep ourselves entertained while we wait for the manic second half to begin. The idea came to me that we could have our very own Sidepodcast summer camp, a virtual collection of summer style activities to amuse us as the days tick by.

With two races complete, there are plenty of things to ponder as the 2013 season gets into full flow. There are teams that were expected to be fast going slowly, those that we thought would be slow going much faster, and then there's the teammate relationships disintegrating under our very eyes. It's time to put your F1 thinking caps on and answer our five hot topic questions over the next ninety minutes. Enjoy a bit of Formula One conversation on your Friday night.

We launched the new, snappy, stylish Live Events system in January 2012, and in the intervening sixteen months, we've enjoyed some incredible times together. From each and every Formula One session, to some football, tennis, Eurovision and Doctor Who, through Boat Races and Crashed Ice and NFL, there's been a little bit of everything.

We've had one of three pre-season tests now, and there's just one more launch and one more race seat left to be filled/completed. All the pieces are starting to come together ahead of the 2013 season, and in honour of that, it's time for our infrequent Friday F1 questionnaire to make a return - your chance to take on five questions that ponder areas of the sport that have been hitting headlines of late. Ninety minutes and five questions later, we will all be much wiser, I think!

Please excuse me while I interrupt your regular stream of F1 news and views with timely ode to the fantastic girl who makes all of this that you see here possible. 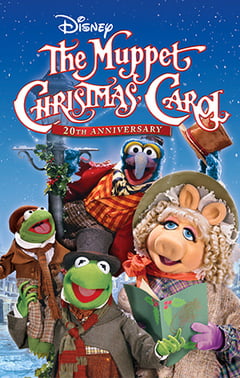 It's that time of year again - the F1 action is over, the festive season is rapidly approaching, if not here already, and people are starting to wind down for the Christmas holidays. This time last year, we started what very well could be an annual tradition of the Sidepodfilmclub Christmas Movie. It was Love Actually twelve months ago - an impromptu watching of the feel good movie that went down a treat.

Hello, welcome along to the second edition of our F1 questionnaire, held infrequently on a Friday night. There'll be five questions spread throughout the duration of the event, offering you the chance to share your F1 opinions, ponder the future of the sport, and most likely look back at the season we've just enjoyed. The FIA came out with a heap of new and interesting things to look over this week, so expect a question or two on that!

It's Friday, and where that would sometimes mean an audio treat in the shape of putting your feet up, this week is something different. I've got five questions in store for you, so put your F1 pondering cap on and get thinking. Across a ninety minute hangout style session, I'll put the questions to you in the hope we can get some rather excellent F1 discussion going. It's a new idea, we're testing it out, and thanks for coming along for the ride!

It's movie time here at Sidepodcast, as once again we provide the ways and means to fill at least two hours of the extended summer break. If you're new to the Sidepodfilmclub, the premise is simple. Get yourself a copy of the chosen title, sit down at the allotted time and press play - then enjoy the movie in the company of the fabulous commenting community.

A new, or perhaps old, feature from Sidepodcast looks into the archives in a two-hour event, featuring some of the best bits of five years (and counting!) of podcasting. Part live streaming test, part excuse for a chat, part look back at some of the ridiculous predictions we made, and the crazy things we've said. The playlist is set, the live stream is waiting, come on in and relive some Sidepodcast Gold.

It's Christmas Eve, and I've spent the day gloriously indulging in some catch up tasks now that we have a few days off work, coinciding with the off season. It's always good when that happens. The year is gradually winding down and it seems only right, in our finest tradition, to wish each and every one of you happy holidays. Not everyone is a fan of Christmas, indeed, we don't do anything major to observe it, so instead, we're creating our own festive celebration!