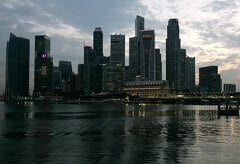 The greatest empires always feel the need to expand, no matter if its half way across the world for exotic spices and herbs, or exotic money. Formula 1 may not have command over one-fifth of the world, but it’s ever growing global expansion has had major effects on the sport.

The opening day of the British Grand Prix was blighted by traffic problems that saw many fans missing out on one or both F1 free practice sessions at the Silverstone circuit. Fans were still reportedly queuing to get into the venue at 17:00 local time, many hours after track running had ceased. 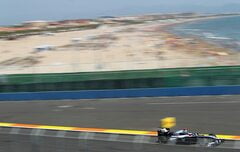 Many F1 fans have many things to say about Tilke's circuits with the general consensus being that they are boring and don’t promote exciting racing. This is possibly correct with the majority of his company's designs; they have given us places like Valencia and Bahrain. So why are they boring? Generally the problem is that his circuits either don't create enough of a challenge or don't provide any easy places to overtake on. There are many roots to these elusive qualities, so what are they?

In my new book Pocket F1 Handbook : Guide to the 2012 Grand Prix Season you'll find a top ten list of things to look forward to in the coming year, highlighting what may be different and better from 2011, and what could make this year in Formula One stand out. As the first race draws ever nearer, over the next week, I'll select five items from that list - expanding on them and building up to the brand new F1 season. In this penultimate post, we look at a very welcome return to F1 (and I'm not talking about Kimi). 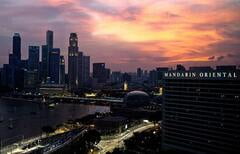 Formula One will return from its summer break at the much-loved Spa-Francorchamps, but for me, it is the Singapore Grand Prix where the sport will come back with a bang. Since the introduction of F1's first night race in 2008, organisers at the Marina Bay circuit have continued to find new ways to keep the fans entertained. Here's my list of five reasons why this year's event looks to be the best yet, and other circuits should take note.

The new look Silverstone is fantastic. In my view, the track now has the best looking pit complex of anywhere, and the new part of the track creates a new opportunity for overtaking which some would say was needed at the circuit. These improvements are great, and came at a huge expense, but the BRDC still have greater ambitions with loads more additions in the pipeline.

You may have noticed this, but the Monaco Grand Prix in Monte Carlo is coming up this weekend. It's the one race weekend where people call the track the crown jewel, a track so deep in history and heritage with the sport with it's iconic streets, the landmark views and just a historic place for the sport to reside once every year.

The main overriding memory I have of Free Practice this morning is the disappointment I felt that the Expo advertising on the grandstands towards the end of the track had been replaced. Rather than promoting an upcoming event, they now promote the area the circuit is in instead.

After days of speculation, Bahrain International Circuit have confirmed their withdrawal from hosting the season opener for the 2011 F1 season. With political tensions in Bahrain growing, there was always a question mark over the ethics of running the event, and with fears that the circuit may be targeted, safety was of paramount concern.

Australian Formula 1 fans got a shock over the weekend... In a Sunday newspaper article, the Lord Mayor of Melbourne made some rather out of the blue comments regarding the future of the Australian Grand Prix in his city.

Several words come to my mind when I think of Monza - speed, history, death, passion.

Head north from Chicago, across the state line from Illinois to Wisconsin, through Milwaukee, all the while following Lake Michigan. You'll eventually find yourself in Sheboygan County, one of those wonderfully named places America has no trouble coming up with. The city of Sheboygan calls itself amongst other things "Bratwurst Capital of the World" and "City of Cheese, Chairs & Children". Add that one to the "only in America" file... 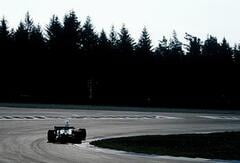 Klaxons. When I first came across these annoying things, I had no idea what they were called. The one place I'd always notice them was at Hockenheim. Put a sock in it you Germans, I'm trying to watch a race!

6L/24R. 6R/24L. BKL. Pieces of information you'd usually associate with an airport and not with a race track. But for a long time, until 2007 in fact, the two came together. For 51 weeks a year, Burke Lakefront Airport (BLA) was an airport fronting Lake Erie that serviced mainly corporate jets and air taxis. But for that other week, it was a racing circuit. 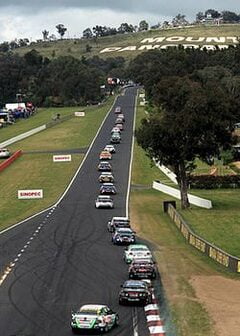 Track Back is my new series on the circuits I've loved over the years. This first article is about the track that hosts Australia's Great Race - Mount Panorama in Bathurst. When you look at the Mount Panorama circuit from a map, it's surprising to see that it's actually upside down. As you approach from the Sydney side of Bathurst, you can see the large Mount Panorama sign just below "the top of the Mountain". It's always given me this feeling as if I'm getting close to the Holy Grail - I guess it wouldn't be unlike a movie buff driving into Hollywood and staring up towards the Hollywood sign!

Since the Korean Grand Prix was confirmed, we've been eagerly awaiting our first glimpses of the track and as always, Twitter has come to the rescue. Teams, drivers, journalists and fans alike are all swarming towards the circuit and providing us with excellent insight as they do.

There have only been two Singapore GPs at the modern circuit, and both have been completely dominated by controversial escapades by Renault. I touched upon this in the recent mini series episode dedicated to the track, where once again, Renault was the only thing worth talking about.

You'll have noticed that here at Sidepodcast Towers we have not been very forgiving towards F1 of late. We've explained our reasons many times, and I am not about to do so again. I haven't watched either of the last two races and I don't feel an ounce of regret because of it. (Except maybe missing out on lots of Rob.)