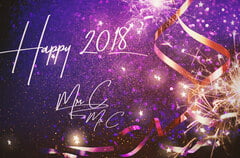 One of the trickiest problems we have struggled to resolve at Sidepodcast is how to produce timely news podcasts when Mrs Christine is unwell. I lack the talent to step in to replace her and we've bounced around all manner of alternate ideas from leaning on the community to record shows for us, to cutting up old recordings to splice together new sentences. It turns out this girl is hard to replace.

If you follow us on Twitter (and you should, frankly we're a lot of fun) you'll know the Aside with Joe series of podcasts have come to end. After 77 episodes and more than 66 hours of F1 discussion recorded since 2009, it is time to draw this particular chapter to a close. For the record Joe would like you to know that it was he who shot first, not Han.

We're not super big on anniversaries and suchlike here at Sidepodcast HQ, but it turns out that on this very day, ten years ago, the whole concept of Sidepodcast was born. On the 30th December 2006, I purchased a domain name, whipped up a quick start blog and began posting about what we were working on. 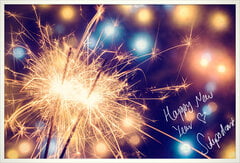 It's New Year's Eve, a day when you can safely look back on the year just gone, and prepare yourself for the one ahead. Here at Sidepodcast HQ, we are looking forward to 2016 because it can only be better than the twelve months that preceded it. Personally, life has been busy and trying and difficult, but in F1 terms, too, things haven't been great.

Just days from the start of a brand new F1 season, it has become unquestionably clear that the two of us are not remotely ready for race one. Wildly unprepared and massively behind schedule, I cannot foresee any way we could competently cover the opening Grand Prix. It's time to take a break.

This site has undergone many changes across the last seven plus years. Debuting initially as a weekly podcast, we've evolved through hectic nine-shows-a-weekend seasons, live thread community bonding, quality video production, feature length writing, real life meetups, virtual parties, endless F1 debates and an expansion of sporting and non-sporting interests. Through it all there have been highs and lows, triumphs and tantrums, and that's just Mr C. 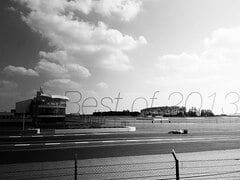 We have just passed over into the new year, and while season's greetings are still being shared, there is just time for another little dab of nostalgia before we turn our attention fully to the 2014 F1 season. We are sometimes so busy that it is easy to forget what we've achieved over the course of a year, and I think it's worth a look back to pick out highlights from the past twelve months. These are mine, things I'm particularly proud of from Sidepodcast in 2013.

The Formula One season felt like it might never end, but eventually it did exactly that. On Friday the annual FIA prize-giving gala awarded trophies to Sebastian Vettel and Red Bull Racing, celebrating their crushing domination of F1 and fourth consecutive titles. Thoughts at Sidepodcast now turn to how we should while away the downtime between now and the start of the 2014 season, currently a massive 97 days away.

If you pay close attention to goings on at Sidepodcast, you'll know we have been archiving tweets from both the @sidepodcast and @mrschristine Twitter accounts on this site for some time.

The New Year celebrations are just about dying down now, but there's still time to squeeze in a little more nostalgia before our attention turns fully to the year ahead. We always said that 2012 was to be a year of, shall we say, regeneration at Sidepodcast, and as we navigated our way through a season of unknowns, we still managed to have a lot of fun along the way. To tie up the year nicely, I've gathered my favourite bits and pieces of the year. Why not relive them with me?

Having successfully navigated what must be the single longest season in Formula One history, Christine and I find ourselves with energy in reserve ahead of sport's traditional winter break. We have many new things planned, so the next three months will mostly be spent working hard, but unlike last winter we don't need to take an excessively extended break.

Podcasting is an excellent and rewarding hobby, but it becomes something of a problem when there is some audio interference. Every year, I complain about fireworks, but there's also a significant issue to be had when, as hosts, you get a cold. Nasal tones, mispronunciations, sniffling and coughing don't really make for good podcasts - which means you just have to hold off on the updates, no matter how much news is emerging.

The brilliant and always original Stuart Taylor has been creating fabulous illustrations for Sidepodcast as far back as 2009. This week, he kindly filmed the creative process from basic ideas and sketches to the digitising and captioning the end result. 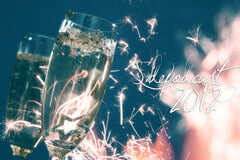 Formula 1 offered up a sensational season in 2011, with a veritable platter of rule changes that worked better in practice than anyone could have hoped. Fresh sets of rubber, movable wings that visibly made a difference and the return of kinetic energy systems, all colluded to offer up an unprecedented quantity of on track action. We'll take all that and much more in 2012 please.

It seems frowned upon in F1 circles to admit you're exhausted by the season and ready for a rest. Regardless of the ever increasing length of the calendar, regardless of the quantity of new events added each season, it is the done thing to be seen thumping along like the Duracell bunny. Today, I'm celebrating the 900th episode of F1Minute. If you played them up back-to-back, and never took a break, that's fifteen hours of Formula One news content in bytesize chunks, covering all the important developments in the sport since October 2007.

Sidepodcast's mission statement currently reads: To create, maintain, and further conversation about Formula 1. This is something we've been quite passionate about, giving fans the space to discuss their thoughts about the sport. 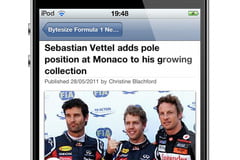 Putting regular, bytesize Formula 1 news in the palm of your hands, this App is designed to keep fans up-to-date via the simplest means possible. Free of superfluous features or distraction, we've put F1 headlines front and centre and tailored the end-to-end experience to ensure users can easily understand what's happening in the world of F1.

It's that time of year again, when the fabulous roster of daily writers we have here on Sidepodcast faces a bit of a shakeup. You've read the great stuff being produced, perhaps you've even attempted a one-off daily of your own, but have you thought about doing it on a more permanent basis?