Filed under Arts and crafts

Racing Elements is a new weather app that combines two of my favourites: photography and F1. Living in the UK, it's not unusual to be slightly obsessed by the weather and as an owner of a Cahier print, I was keen to see how these could be combined.

Last time we heard from Sam Osborne, she was creating some fantastic poster prints, based on famous quotes from former F1 champions. Now, inspired by the upcoming 2012 season, Sam introduces her preview prints, plus a handy little "fill-in-able" souvenir book to be your companion for the year ahead. 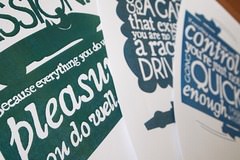 I've always collected quotes, not F1 related necessarily, but all kinds of things and so when I went freelance in January this year I started to use those quotes to create prints to sell in my shop and at craft fairs. When I saw The Senna Movie the 'you're no longer a racing driver' quote really stood out as being particularly distinctive to Senna, but also an inspiring sentiment for all areas of life. I decided then to create a mini series of my prints based around quotes from World Champions. I quickly found lots of inspiring quotes and chose the best three to start with. I also have loads of Stirling Moss quotes, but as he was never world champion then he might have to get his very own series! 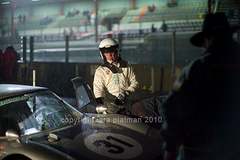 Whilst screaming at the television during the Lemans 24hr three weeks ago, watching Andre Lotterer tactfully win in the Audi, I realised the reason for my screaming is that I really wanted to be there, be in that pit lane, photographing all the action. For I love the drama of all the mechanics, drivers, crew all working together making the team as best it can, always ready for the driver to drop in and fly out. 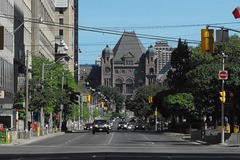 Hello. As some of you are aware, I have a few other interests beside Formula 1 auto racing, one of them being painting miniature figurines. I would like to introduce to you, a model figure from the Airfix British Waterloo Infantry set.

The summer break is officially underway now, as we head straight into the first weekend of no F1 racing for a month or so. In order to keep you occupied, a couple of the new teams have creative projects to get stuck into. From putting pen to paper, to picking up that camera, if you are even slightly artistic, you'll find something to do here.

It's well known in Sidepodcircles that guest writer Lou is a fan of Brawn GP, and in particular a certain British driver for the team. Here she tells us about the recent competition she entered and subsequent joy at receiving a prize.

With a grand press conference due to take place in Geneva tomorrow, there's plenty of speculation about what the Formula One Teams' Association will be announcing to the media. They say they want to discuss their plans for the future of F1, and from what we can tell, that vision may differ significantly from anything the powers-that-be have in mind.

The Sidepodwiki doesn't get nearly enough promotion on this site. It's an ever expanding hive of activity, with 37 people already signed up and contributing content on a regular basis. We could and should be doing a better job of highlighting this to anyone who may have otherwise overlooked such a wonderful Sidepodcast resource.

It’s been around for a while, but when Jenson revamped his website, a new feature appeared. The Design-a-Helmet section. The idea is you get to play around with a helmet designer, submit your fabulous piece of art, and then a winner will be chosen. The winning design will be on JB’s helmet for Silverstone. 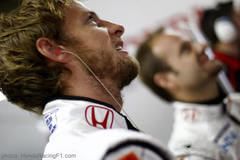 I don't know if any of you have ever tried recording a podcast when the rest of the country is celebrating Bonfire Night? It is not easy or fun. To amuse myself whilst I wait for a break in the bangs, crackles and fizzes, I thought I would sign up for the JensonButton.com newsletter. What? Wait, what? Come on, don't look at me like that.

Which driver secured his one and only F1 victory at the US Grand Prix, held on this day in 1971?