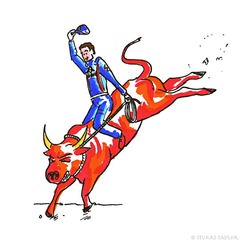 Our youngest challenger, Sebastian Vettel has packed the note from his mummy allowing him to stay up and race in Singapore. Still yet to be weaned off the generous teat of the ever-coddling Red Bull mother goose, Dietrich Mateschitz, Vettel has yet to know the hard reality of a cold hard season in the gutter.

One of the major problems in F1 that never really seems to get addressed is the fact that, in the middle of the race, the smallest punishment a driver can get is the race-ruining drive-through penalty. Some drivers, like Webber in Germany last year, can overcome a drive-through if they have enough of a car advantage, but often you'll see drivers plummeting down the field only to mope around the press-pen after the race, muttering about what could have been. 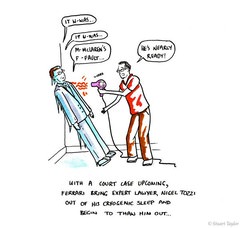 The talented Mr Stuart Taylor, he of the website Chain Bear, has found time to offer his take on some recent Formula 1 news stories. Enjoy! 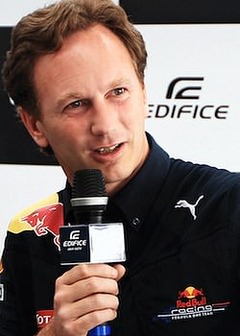 The beginning of the 2010 season began in much the same way as 2009: with a lot of changes and everyone unsure of which way the tides would turn. This year we were given the mouth-watering prospect of having most of the strongest drivers in the strongest teams, which made it even more predictable as we’d never seen so many people in the simultaneous position to win races and championships. 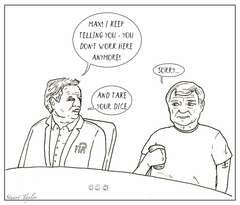 Sidepodcast's favourite illustrator Stuart Taylor, again takes time out from the ever brilliant Chain Bear, to bring us more F1 humour. This time offering an exclusive insight into the inner workings of the sport's governing body.

The USF1 team may be coming under increasingly vocal criticism for the way they've managed their Formula 1 entry so far, but Stuart Taylor of the wonderful Chain Bear, today reminds that if left to Bernie, the situation could be much worse.

Following up on his fantastically well received 2009 Season Review, Stuart Taylor from the wonderful Chain Bear returns with his take on the news that Nelson Piquet Jnr might be competing in NASCAR this season. 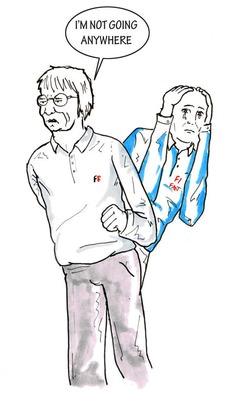 Sidepodcast listener Stuart Taylor has provided us a guest post with a difference, an absolutely fantastic illustrated guide to the 2009 Formula 1 season. Please leave caption suggestions in the comments and let us know your favourite.