Qualifying for the Indianapolis 500 can be one of the most dramatic times in motorsport. While this year's smaller entry may dilute the drama at the bottom of the field, at the top the upside down form book brought with the new Dallara DW12 IndyCar and the competition among engine makers will hold our interest just as highly as ever. Qualifying this year is held over two days and as tradition dictates is a single-car run for 4 laps of the 2.5 mile circuit, with cars ranked by their average speed over the 4 laps. Pole day sets positions 1 to 24, then after a 30 minute break we go into the Firestone Fast Nine where the top 9 drivers advance to the final pole position shootout - the times are wiped and there's one more four-lap run to shoot for pole!

F1 is not the only major racing series to kick off this weekend. The combined fields of the brand new FIA World Endurance Championship (the first global endurance title for 20 years) and the IMSA American Le Mans Series meet to provide an enormous 64-car grid for the 60th Anniversary 12 Hours of Sebring, the oldest endurance race in North America. A field so big that part-time entries were turned away.The battle at the absolute sharp-end may be a little flat, the withdrawal of Peugeot leaving Audi uncontested on sheer pace, but a very strong field of closely-matched petrol-engined contenders (including David Brabham, Karun Chandhok, Nick Heidfeld and more) are expected to provide a fantastic race - and of course Audi still has to complete the distance to win it, no guaranteed feat at this track with this many cars.The LMP2 class is the best it has been in years and for once is very much worth watching, whilst GT will surely be its usual fraught battle between Ferrari, BMW, Corvette and Porsche.

Thursday's Duels showed the rule changes implemented by NASCAR have all but eliminated the 'two-car tandems' of 2011, we're back to the classic restrictor plate pack racing we've seen for the previous decade or more - for better, or for worse. This means anyone can win, yet will also mean any accident is that much more dangerous. That said though, pack racing is a skill in itself. It takes a lot of effort to work through the draft whilst the cars are moving around, bumping, squirming, side by side for 10 rows! This race marks the Sprint Cup debut of Danica Patrick. FOX may mention this once or twice. Will she win? You'd think not, but one year ago the 500 was won by another series rookie, Trevor Bayne, so anything can happen!

You might be forgiven for ignoring this race, given the problems this season with officiating and the difficulty in actually watching IndyCar if you don't have the correct TV package. However, there are very many good reasons why you should take the time to watch this one.

Here's a quick thread for Petit Le Mans, which has just this second started. I believe that Franck qualified third, which isn't too bad, all things considered. He's also teamed up with Alex Wurz, and I bet those two play a few practical jokes as they go along!

Hello and welcome to the live comments for the Milwaukee 225, race 8 of 18 on the 2011 IZOD IndyCar Series schedule.The oval road course. The flat, minimal banking is a unique characteristic compared to the rest of the schedule and so it drives completely differently to any other oval, in that it doesn't drive like an oval at all.

So here it is, one of the real highlights of the motorsport year and the pinnacle of the sportscar calendar! This is your introduction and guide to the festival of racing that is the Le Mans 24 Hours.In the modern era the LMP1 and GT classes are more like long sprints. Meanwhile the LMP2 class is more like 'old' Le Mans, cars breaking down and teams trying to coax them to the end.Who will prevail: Audi or Peugeot? Ferrari, Corvette, BMW or Porsche?Bring it on!

Tonight and tomorrow night see the qualifying sessions for the 2011 Le Mans 24 Hours. I've taken the liberty of writing a live thread for anyone who wants to comment during these sessions.

Hello and welcome to the 100th Anniversary of the Indianapolis 500 Mile Race!This post is for comments and discussion during the rest of what locals term 'The Month of May', as the anticipation builds towards the biggest and most important Indy 500 since the dark days of 'The Split'. Here we'll be talking about practice sessions over the coming week, with lap speeds and all the gossip and chatter from Gasoline Alley.

Good afternoon and welcome to the wonderful Spa-Franchorchamps. This race is the last long race before the 24 Heures du Mans next month and as such both Audi and Peugeot have brought their full fleet of new cars. The Peugeot 908 has already raced this year of course, but the much-tested Audi R18 has not. Yet it is the Audi which has been the faster all weekend as Peugeot claim they are running a Le Mans downforce spec which may be compromising them here.

Welcome to the live thread for the 2011 Toyota Grand Prix of Long Beach, the third round of the IZOD IndyCar Series.

Welcome to the live comments for the IndyCar Grand Prix of Alabama, from Barber Motorsports Park!

At last, winter is almost over! The racing season continues its awakening from slumber, following the Dakar Rally and the Rallye Monte-Carlo it is time for the first major circuit racing event of the 2011 season. Whilst the Dubai 24 Hours a couple of weeks ago was probably the first racing event on a closed course this year it isn't yet considered a major event, Daytona is the venue the motorsport world looks to to officially kick off the racing year. 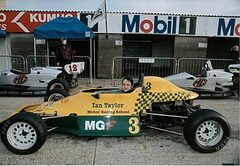 For my 21st birthday I was given a certificate for a 'driving experience' at Thruxton circuit in Hampshire. I was keen to use it but couldn't find the time until much later when it was in danger of expiring, so it came to be that I found myself at Thruxton one cold morning in early December 2001 to drive a Formula Ford 1600. (This rest of this post has been adapted from a series of posts I wrote for the F1NGers newsgroup in the days afterwards.)

This weekend's IZOD IndyCar Series race is at Infineon Raceway, Sears Point, Sonoma, California. This is the final road course event of the 2010 season which will conclude with a run of four oval races. 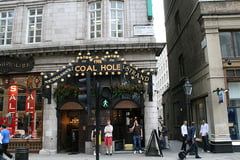 A growing group of us are meeting in London on Tuesday 23rd August 2010. If you can make it, why don't you join us?

The Le Mans 24 Hours is an invitational race run by the Automobile Club de l'Ouest (ACO - literally "Automobile Club of the West"). It has been running since 1923 when the winners completed more than 2200km - this year we can expect the winners to run for over 5200km.

There are many 24-hour races around the world but none have the history or prestige of the French event and none draw such a quality entry or feature cars almost fast as F1 cars - in fact the LMP1s are known to lap just as quickly as IndyCars at tracks like Mid-Ohio and Long Beach. Despite the geographic split in sportscar racing, this is the one all the top teams enter, the one everyone in endurance/sportscar racing wants to win. 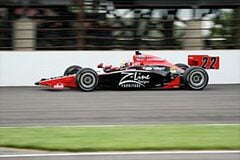 Today marks 'Bump Day', the final day of qualifying for the 94th Indianapolis 500-Mile Race. The front-running cars qualified yesterday - today sets the balance of the field, positions 25-33. As it is lower-order qualifying I don't expect many Sidepodders to watch but I do hope this post serves as a primer for the race, and I hope you join us to watch it next Sunday!