The third and final practice session in Montreal saw a familiar name sitting at the top of the timesheets, but it was the Williams of Felipe Massa in second that offered hope Mercedes may not have things all their own way come qualifying.

Superstar commenter and long suffering Sidepodcast listener Alex (Giggles) Andronov recalled a very special anniversary on Twitter this evening. It was a mere seven years ago today that a young Andronov left his first piece of feedback on this very site and he has continued to do so every year since. 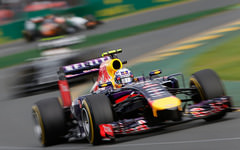 Second place finisher, Daniel Ricciardo has been excluded from his home Grand Prix after stewards found fuel-flow irregularities on his Red Bull. Driver number three was disqualified after it was found that the team exceeded the required fuel mass flow of 100kg/h, a new requirement introduced this season.

Sky Sports caught up with Lewis Hamilton early morning in Melbourne to talk about Mercedes' position ahead of the first practice session of the year. Simon Lazenby poses the questions in this ten minute insight into the mind of one of the seasons most hotly tipped drivers.

The Sauber F1 team set up their first Pinterest board this week taking the total number of official race teams pinning content to five. Although all teams can be found on networking sites such as Twitter and Facebook, Pinterest has largely been overlooked. Lotus had been making the most use of the service, providing extensive behind-the-scenes coverage of the 2013 campaign.

It must have been at least a year since we last posted about the Sidepodcast F1 encyclopedia, and with a brand new season almost upon us, now seems like a good time to recap many months worth of changes.

Arriving three months or more later than expected and cutting it seriously close to the start of the Formula 1 season, the 2014 official F1 App is finally available to download today. The good news is the basic version comes for free, while the premium upgrade costs less than half that of previous years. The bad news is that although refreshed with a modern looking skin, the almost entirely unfathomable user interface remains largely untouched.

Allow me to introduce to you the brand new, completely refreshed Sidepodcast website. Following nearly two years of seemingly endless effort our home on the web has finally been knocked into a respectable shape. The pair of us can hold our heads high, grateful to have thrown off the shackles of the old world, in anticipation of a far more modern future.

Way, way back in July of 2010 we introduced a series of weather widgets to help us convey the anticipated outlook of an upcoming race weekend. Widget appearance stood up well alongside our 2011 site redesign but was beginning to show their age in a period dominated by high resolution mobile displays.

At some point recently Christine raised the idea of a discussion thread for the final day of pre-season testing. Today's track time essentially brings the off-season to a close, leaving just a single weekend between teams and the start of a whole new season of Formula One. With that in mind it seems like an ideal opportunity to catch up with what people have been up to since the last season ended and what everyone is looking forward to in the coming nine months.

The upcoming Formula One season plays host to an unprecedented level of change. New drivers, new races, new rules and new technology. There is a colossal amount of information for any fan to take in and thankfully the Guide to the 2014 Grand Prix Season is here to help. Available to download in digital form on almost all devices, this ultimate motor sport guide walks you through everything you need know about your favourite form of motor racing this year. 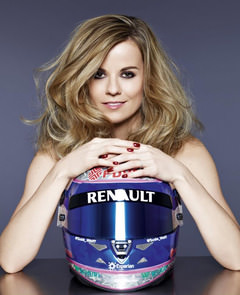 Surveying the F1 world at present could easily leave the uninitiated with the impression that motor sport is not a particularly fun place to be right now. Fans have been endlessly vocal in their complaints about changes to points allocation, a switch to V6 engines, the look of this year's cars, the sound of this year's cars, the speed of this year's cars, and, well, you get the picture. What the sport desperately needs is an injection of glamour and today Williams F1 development driver Susie Wolff provided just that.

F1 fans' worst fears were realised this morning as the Williams team released artwork detailing the shape of their 2014 challenger. Warnings about the look that some of this season's cars will be wearing have been circulating around the paddock for months, but today the whole world learned the ugly truth. The FW36 is going to be a hard car to love.

I don't watch a lot of live television these days, so completely missed this brilliant advert from Renault celebrating their 12th constructors' title for a Renault engine.

A new F1 season brings with it new drivers and thus new personalities to follow online. Two rookie names have been announced so far, with STR's Daniil Kvyat and McLaren's Kevin Magnussen both set on making their Grand Prix debut in March. 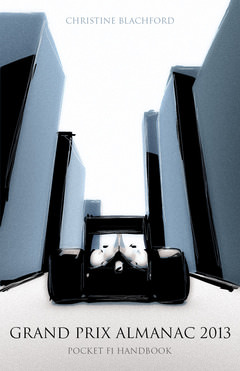 Looking for a last minute gift for a Formula One fan this Christmas? Then Sidepodcast's Christine Blachford has the perfect thing for you! Released just three weeks after this year's F1 season came to a conclusion under the thunderclouds of Brazil, Pocket F1 Handbook: Grand Prix Almanac 2013 charts the highs, the lows, the drama, the controversy, the intrigue and the utter domination that shaped and defined motor sport for the past 12 months.

Sauber announced this morning that rookie driver Esteban Gutiérrez will get a second season with the Swiss team. The Mexican will partner the recently confirmed Adrian Sutil for 2014. In conjunction, Telmex, the Mexican telecommunications company, have extended their partnership and driver development programme.

Back in 2011, Sidepodcast listener Mark Chapman compiled an extensive list of all the archived F1 video content published by the BBC. The post was well received and frequently used as an index for fans searching for a retro Formula 1 fix. 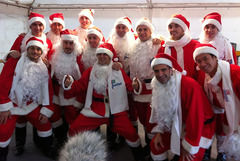 Another year of on track disappointment wasn't enough to dampen the spirits of those in Maranello today as a whole gaggle of Ferrari drivers donned their santa robes on Saturday for the traditional end of year Ferrari Christmas party.

The FIA have begun the process of finding a new F1 outfit to fill the spot vacated by the HRT team back in 2012. Expressions of interest are requested by any interested party before 3 January 2014, with an announcement expected on the 28 February 2014.