In what should have been a weekend where he made an indelible mark on Formula 1, Karun Chandhok left the Nurburgring with a reputation blunted.

Today sees the 100th anniversary of the Indianapolis 500 - one of the key races in world motorsport. 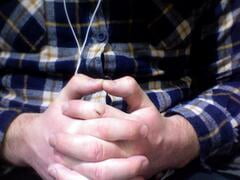 This year, for the first time, I will be doing actual trackside reporting and stuff for the British Formula 3 series, but I have a slight problem.

With the first race of the 2011 GP2 Asia Series less than eighteen hours away, how timely would it be for a very quick season preview? 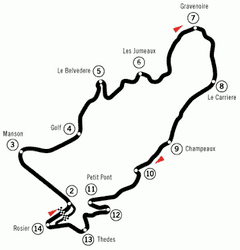 Before the 1965 French Grand Prix, Lotus driver Jim Clark was quietly confident. After three rounds, the legendary Scot had a three-point advantage over BRM's Graham Hill when they arrived at Clermont-Ferrand. With skill and smoothness a premium at the French circuit, Clark possessed an advantage that often superseded the superb engineering of his nimble Lotus 33. In the race, he would made it look so easy.

Last week, members of the INDYCAR fraternity, led by CEO Randy Bernard, gathered in Indianapolis for a State of the Union address. The meeting was called to announce future changes to the IndyCar Series and its respective feeder formulae that may end up changing IndyCar as we know it forever.

When Niki Lauda walked out on his Brabham team following practice for the 1979 Canadian Grand Prix, the British team found themselves in a dire situation. Step forward Ricardo Zuniño.

An unseasonal cold spell broken, a sodden and wintry base is revealed, as the snow in Ireland and the UK peels away feebly. The once pretty white sheets, now betray their subtle beauty as they age to a dirt riddled slush. This is what winter in Ireland is supposed to look like. Grey. Motorsport tends not to happen in these conditions. Smaller meets and track days would often be cancelled beforehand, while many Championships are deliberately scheduled to avoid such poor weather systems.

When the Formula 1 teams showed up for the final race of the 1976 season and the conclusion of a titanic battle between Ferrari’s Niki Lauda and McLaren’s James Hunt, few noticed several Japanese drivers on the entry list for the main event. One of which happened to be Tokyo native Masahiro Hasemi.

When Felipe Massa pull aside for Fernando Alonso at the Hockenheimring in July, it signalled more than just an unwilling acceptance of team orders at Ferrari, but may indeed have signposted the end of Massa’s time as a driver in a top team.

At the beginning of yesterday morning’s Korean Grand Prix, the race was held stationary for over an hour as organisers assessed what were, in reality, crazy conditions.

As the 2010 IZOD IndyCar season comes to a close this weekend, the hunt for the title rests between two protagonists - Penske Racing's Will Power and Dario Franchitti of Chip Ganassi Racing. Incredibly after 16 race meetings over the six-and-a-half months, the pair are only separated by 11 points going into the Homestead race.

The KV Racing Technology team has been forced to rebuild more cars in a single IndyCar season than most teams would car to do in five, as their trio of regular drivers – Takuma Sato, Mario Moraes and EJ Viso – and part-time pilot Paul Tracy have amassed approximately 30 wrecked cars in 16 race weekends. What next for the beleaguered team?

While many racing fans will speak of Ayrton Senna as the last fatality over a Grand Prix weekend, we must not forget those that died in accidents outside of the cockpit. Friday September 10th signalled the tenth anniversary of the death of track marshal, Paolo Ghislimberti.

Ed Carpenter must be wondering what his 2010 season would have been like should he had a full run on the ovals – positive runs at this years Indianapolis 500 an last weekend’s Chicagoland 300 km had left the part-time driver confident, but his first ever IndyCar pole position for tonight’s IndyCar race at Kentucky Speedway was probably not on the cards.

For the 12th time this season, Roger Penske’s team showcased their prowess in qualifying; however it was Ryan Briscoe and not Will Power that secured the top spot this time around. With an average two-lap qualifying speed of 216.346mph, Briscoe’s speed advantage over fellow front-row starter, Dario Franchitti was ample indeed – the Scot averaged 215.593mph over his two fast laps.

With the seasons road and street courses completed, the 2010 IZOD IndyCar season draws to a close over the following five weeks with four ovals, taking in Kentucky, Japan’s Motegi circuit and Homestead in Miami – however the final stretch starts this weekend at Chicagoland Motor Speedway.

At the beginning of the month, Superleague Formula driver Chris Van der Drift had an extremely frightening accident that left the Kiwi with multiple injuries. Van der Drift hit the back of AS Roma driver Julien Jousse and was launched into the air.