I was wrong about electric cars. I was studying ecology at the time, so really should have known better than to slate green tech. I thought jet fuelled cars were going to be the way of the future, not realizing that, if I had paid attention in inorganic chemistry, I would have known that 1) jet fuel is far too volatile for civilian use, and 2) water is a more potent greenhouse gas than carbon dioxide. I also thought that charge networks were a silly idea when most of the world’s power came from fossil fuels.

Humans have used fireproof clothing for centuries. The earliest reliably documented use of fireproof clothing was in twelfth century Arabia; warriors would don silk undergarments, a cotton tunic daubed with a sticky fireproof substance, and a barrage of fireworks. Then, for some reason, the technology was forgotten until humans started venturing into space and incinerating themselves on race tracks.

If ever there was a poster child for perpetual, unshakeable positivity – at least in public fora – Bruno Senna would be it. Throughout the three years of his Formula 1 career, his comments in interviews have been on the optimistic side of realism. Yes, this weekend the car should be strong. We've brought updates that should give us the edge over [insert closest rival team name here]. I didn't have a great performance in qualifying, but I believe I can fight for points. 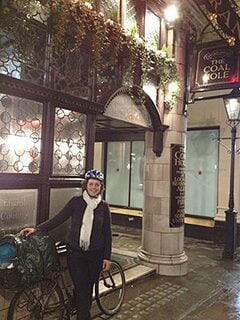 Contrary to popular opinion, Goodwood Motor Circuit does not exist in some Diagon Alley-like warp in the space-time continuum. Neither does Silverstone, although it is considerably easier to get to (and get into) Silverstone.

What’s the best way to get to a motorsport event without spending hours in traffic? The discussion started between my flatmate - henceforth referred to as The Aussie - and I while reading the frustrated tweets of Goodwood Festival of Speed attendees waiting to get through traffic.

In the far South, near the ocean, twenty-four warriors are preparing for war. The fighting men have been dedicatedly preparing for this day all winter, or at least since the aftermath of Christmas. They have beaten their bodies into submission to reach the peak of physical fitness. Having glimpsed their equipment’s capacity - both strengths and flaws - they will enter the fray come daybreak. Each warrior and his support crew share a common goal: to win. However, only one can be champion. The smallest error or mechanical failure could leave them broken on the battlefield; if they haven’t rectified all the faults in their equipment, Fate will reward their enemies.

The internet is for awesomeness. It’s the only place where we can meet and share ideas in a fast, global way. It’s also a great place to store information – there are millions of servers out there with data that simply dispense it to whomever wants it at that time. I will admit that there’s a lot of junk, but there’s also a whole heap of great community resources – directories of local food producers, websites to jettison/acquire free stuff, and specialist news sites.

At the beginning of summer break I got to pondering how well last year's new teams – namely Lotus, Virgin and Hispania – were doing. I started with a simple analysis of their qualifying performance statistics to see how far they were off the leaders, only to find that they had all gone backwards. I eliminated the Bahrain results, because they didn't paint a true picture of what each team was capable of – especially since Chandhok's first time in an F1 car was in qualifying. Still, it looked as though they had regressed. 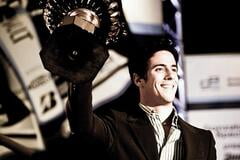 I've always thought that Lucas di Grassi was something special – he has a diverse skill-set and a good head on his shoulders. In his early career, he won a number of awards for driving in addition to the championship titles in karting that he racked up. When he was left without a drive at the end of 2010, many were surprised. We know that Virgin (now Marussia Virgin) let him go for financial reasons, opting for the better-funded Jérôme d'Ambrosio, which I felt was most unfortunate for such a promising driver. 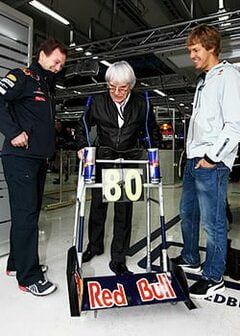 Bernie Ecclestone is not a humorologist (a practitioner of humorology). Our Great Leader is a prime example of someone low on the HiQ (humour intelligence quotient) scale. While we have no doubt that his IQ is high, Mr. Ecclestone's ability to make jokes (and endure being the butt of them) is woefully lacking. This is demonstrated by many incidents, but I will only enter into discussion of three to save time. 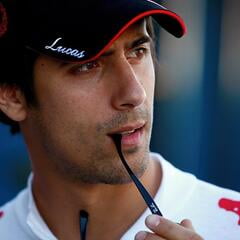 Having already made an argument for why Bruno Senna and Karun Chandhok should get drives, I'd like to justify why Lucas di Grassi deserves a seat next season. I haven't spent hours poring over figures, like I did with the other two, but that is mostly because the competitors for his seat drive different cars. Thus, there isn't a basis for fair comparison.

The sky is falling. Well, not technically, but still, the earth is dying. It’s unavoidable now – people make movies like An Inconvenient Truth and Age of Stupid, TV channels screen adverts about greener products that seep into our consciousness while we take our mid-program bathroom break. The hippies (yes, I’m a hippie, but we can be party poopers) are trying to introduce carbon tax the world over.

Ligier made their debut on this day, at the Brazil GP of '76, but what was the name of their previous incarnation?