When it comes to motorsport the Brits have a history to be proud of. From Mike Hawthorn to Lewis Hamilton this small island has always played an integral part in the Formula 1 story. With ten different British driver world champions and a total of 33 constructor championships going to British teams we have always outperformed in the motorsport arena. So it seems difficult to believe, with so much motorsport coursing in our blood, that there are only two British drivers competing in F1 in 2017.

For me, Abu Dhabi had all the ingredients a season finale needed. I was fizzing with excitement long before the lights went out and I’ve not really got down from that post-championship high since. Especially since (with one notable exception) everyone seemed to have such a happy end to the year. Watching the pure unadulterated joy and relief of Nico Rosberg and family, and indeed the whole of Mercedes, was enough to put a smile on my face 3000 miles away.

The rain delivered as much excitement as was promised in Brazil. With two red flags and five safety cars, Sunday’s disjointed race gave many drivers a platform to showcase their prodigious talent in the wet. Lewis Hamilton’s flawless performance from up front won him another first place finish while championship leader Nico Rosberg clung onto second place despite attempts by Max Verstappen to climb a podium step higher.

This time last year Rosberg was 73 points behind Hamilton, dispirited and doomed to watch his teammate achieve his second title in Austin. Fresh on the back of a DNF the rest of the season must have looked very bleak indeed. This time last year Sebastian Vettel was second in the championship and all the insiders and experts were talking about how 2016 would be the year where the Prancing Horse finally took the fight to Mercedes and might even win the duel in the desert. This time last year Max Verstappen was in 12th place with 33 points and had never yet stood on the podium. What a difference a year makes.

As far back as the origins of motorsport women have played a small but determined part despite the prevailing mindset that it isn't a place for them. In 1921 Italian Maria Antonietta d’Avanzo came third in a ‘gentleman’s’ race, and ‘ladies’ races were not uncommon. In the 1920s and 1930s a significant amount of rally drivers were women, far more than today. Pat Moss, sister of F1 great Sir Stirling Moss, had three rallying wins and a number of podium finishes and in 1958 Maria Teresa de Fillippis was the first of five women to ever take part in a Formula One event. 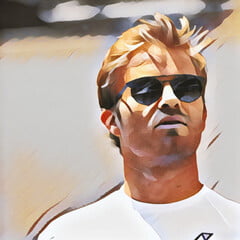 Although still the most represented nationality on the grid, it is hard not to notice that things aren’t going terribly well for the Germans at the moment. They might inhabit two of the most sought after race seats on the grid and have a combined twenty two and a half years of F1 experience but the drivers seem to be competing to have the most dissatisfying season.