Ross Brawn has been shoved out of Mercedes. This has been coming for a while as Mercedes seems to have tragically misunderstood the adage "too many cooks" and has at least five people in charge over there. When Ross's departure was mooted it seemed obvious to everyone that the issue was around Ross's not wanting to share control. Fair enough, he ran the team singlehanded for a while and didn't do too badly, now he was being asked to give up control and he didn't want to.

Welcome to the Giggles Radio Christmas Special 2011! We hope that you can join us for 3 hours of fun and frolics slightly away from the snow, starting at 3pm.

Giggles Radio returns with 1986. This was the year our host moved back to the UK, lets see what that did to his musical taste. Join host Alex Andronov as he features a year from his life and plays the songs that either came out in that year or he experienced for the first time in that year. It's his Audio-graphy.

Giggles Radio cracks open a New Coke and relives 1985 which was the year Coke dallied with the new formula. This was the year Back to the Future hit the cinema, The Discovery Channel, the Amiga and the NES were launched. Also starting in 1985 were Calvin and Hobbes, Tetris and Microsoft Windows. And finally 1985 was also the year that New Coke was cancelled, and the world went back to Coke Classic.So join host Alex Andronov as he features a year from his life and plays the songs that either came out in that year or he experienced for the first time in that year. It's his Audio-graphy.

What's your favourite thing about F1? In the time I've been watching I think there might, honestly, have been a million rule changes. F1 now really isn't like F1 then, is that a good thing? Is that a bad thing? I'm going to guess it's good because I have had the option since 1987 to stop watching and I haven't. So when people start complaining about rule changes that have happened or should happen, I kind of glaze over.

We're back baby! Giggles Radio fires up it's Macintosh and sets the system clock back to 1984 which was the computer was launched. It was also the year of the first untethered moon walk, Beverly Lynn Burns became the first woman Boeing 747 captain in the world, Svetlana Savitskaya became the first woman to perform a space walk, the space shuttle Discovery had it's maiden voyage and the Andronovs moved across the street.

Join host Alex Andronov as he features a year from his life and plays the songs that either came out in that year or he experienced for the first time in that year. It's his Audio-graphy. This week 1983. 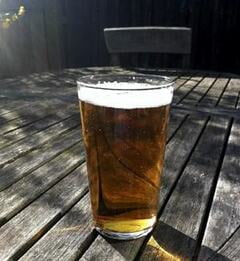 Welcome to a surprise special show of Giggles Radio with a tonne of great tunes to sit and chilax to in the sunshine. It's a bank holiday weekend here in the UK and amazingly it's sunny so we're taking the chance to celebrate with classic tunes and grooves that will get you in the mood for drinking a beer poolside (or a coke window side, or whatever).

Join host Alex Andronov as he features a year from his life and plays the songs that either came out in that year or he experienced for the first time in that year. It's his Audio-graphy. This week 1982.

Hey it's 1981, well it's not actually 1981... but I want you to temporarily pretend it's 1981 for the fun of it. Back in 1981 the Times was bought by Rupert Murdoch, the first London Marathon was run, Charles and Diana got married, MTV was launched and Alex's brother Pete was born. So join host Alex Andronov as he features a year from his life and plays the songs that either came out in that year or he experienced for the first time in that year. It's his Audio Biography.

Welcome back! It’s been a while but Series 2 of Giggles Radio is here! Is music the soundtrack to our lives? Join host Alex Andronov as he features a year from his life and plays the songs that either came out in each year or he experienced for the first time in that year. He’s calling it, rather clumsily, his Audio Biography.

Hey everyone... I hope Mr and Mrs C don't mind but I have hijacked the site to post some Festive Fun. What is festive fun you ask? Well it's like Friday Fun but on a Thursday but a Thursday on Christmas Eve... On a Friday. It's Friday Fun on a Friday but it's Christmas so it's festive... Now I'm wondering if Christine has something planned? Oh well I'll forge ahead and then this can be deleted...

Hey surprise! Due to the unfortunate and untimely relocation of Great Britain to the Ice planet of Hoth the Sidepodcast Christmas Party has had to be cancelled... But don't get all grumpy... Instead join us in a live radio broadcast without a plan. I don't have much of a playlist to be honest so if you'd like to suggest something then e-mail me at alex at gamboling.co.uk so it's a nice surprise for everyone when it comes or you can put something in the comments and tag it #request

Oh the weather outside is less frightful than it was earlier in the week but now it's icy rather than snowy and you might slip because you were lulled into a false sense of security by the sunshine,But this show is quite delightful*Hey everybody... IIIIITTTTTSSSS CHRRRRIIIIIISSSSTMMMMAAAAASSSSSSSSSSSSSSSSSSS!!!!

To mark the end of Giggles Radio - Series 1 we have a live show featuring the very best music as featured in the previous 30 shows.Join our host Alex Andronov as he guides you through 3 hours of great music while fumbling around, speaking incoherently and attempting terrible puns.

The end is in sight for Series 1 of Giggles Radio. In the next show your host Alex Andronov will take us back through the very best songs that have been played during the 29 shows so far* but this week we are going to experience the songs that wouldn't necessarily be your standard "Best Of" fayre but Alex wanted to play them again and so this is the Best of that Alex would have selected if left to his own devices... except he also selected the next show himself without any kind of... This doesn't make any sense... Stop this nonsense...

Giggles Radio Series One is sprinting to the finish line. In the next two weeks we will feature the Best music from the series in two special shows. But before that happens Giggles Radio HQ wants to share with you a very special show... From the archive...Join us live from 16:30ish.

Over the course of the last 28 episodes there has been one unifying theme beyond even the alphabet (and the numbers) I have picked the songs. But today, in a very special Blossom, we find the musical selection reins handed over to two of our listeners who have... well lets just say they found the lack of boy bands and 90s cheesy pop disturbing. So join me and our guest selectors Amy and Christine as we play 2 hours of “Songs that You Will All Hate but Christine and Amy will Love”.

Not everyone vicariously eats rhubarb. No! Even Violet, even rubbish non-eating Violet eats Rhubarb nefariously. Evan’s violently embezzled Rhubarb now exposes Violet’s entirely ruthless naughtiness. Evan vindicated, eats radishes.Welcome to Giggles Radio - Best Never Played. After 27 episodes of music you might be starting to think that I was about to run out of music to play you, but no! In fact during the course of the run there have been a number of songs that never got played and this show aims to fix that. These aren’t songs that I didn’t have room for, because those would be lesser songs, but rather songs that for one reason or another I forgot. Join me for 3 hours (ish) of previously unplayed (by me) music and chatter.